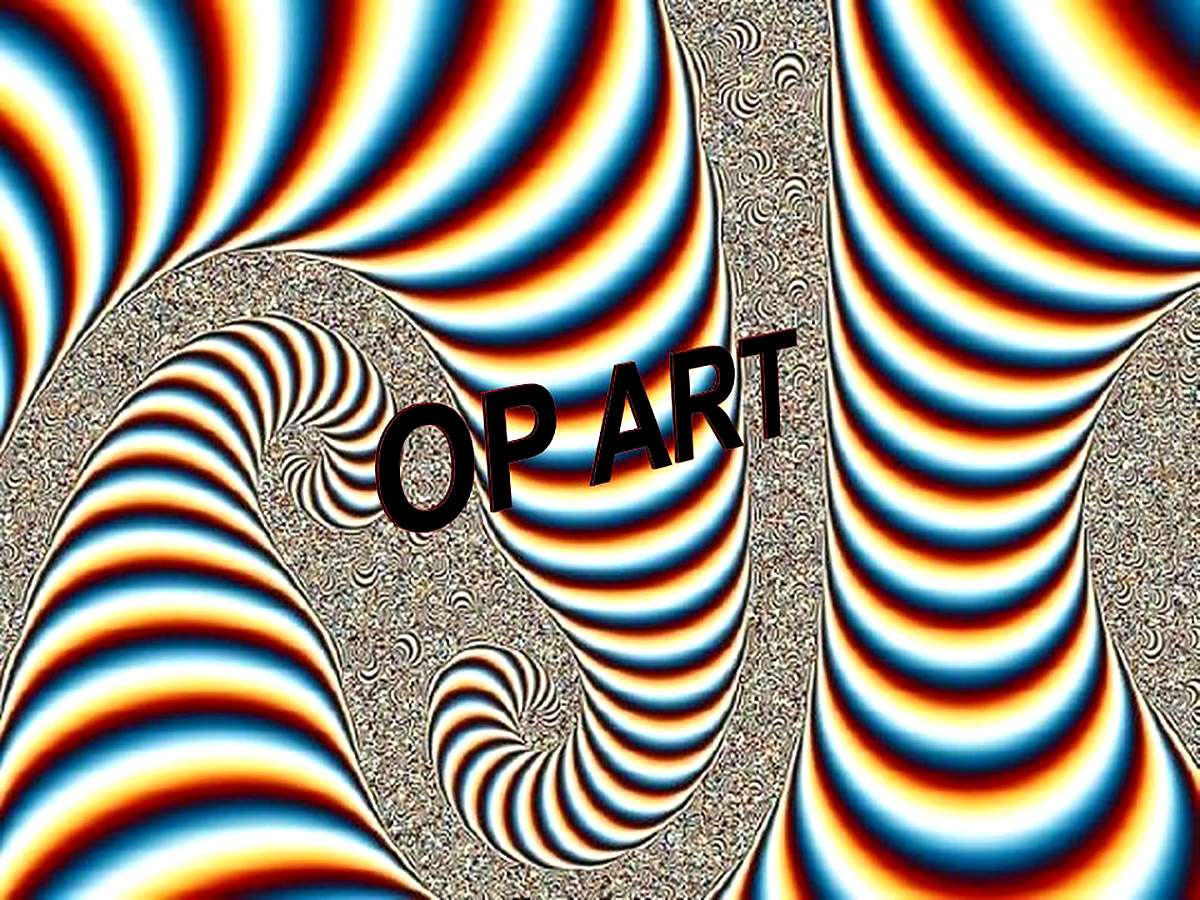 Op Art, meaning ‘Optical Art’, developed as a movement in the 1960s with an explosion of psychedelic colour, monochrome and geometric pattern – bold, busy, buzzing compositions which create the impression of movement. Leading figures of the genre include Bridget Riley, Victor Vasarely and Jesús Rafael Soto, whose multi-dimensional, kinetic work sought to disorientate and deceive the eye through abstract illusion.

Victor Vasarely wrote: ‘To experience the presence of a work of art is more important than to understand it.’

The Upright Gallery presents a dazzling, dynamic exhibition by Daryl Terri Cooney, who graduated in Fine Art from Duncan of Jordanstone College in Dundee in 2019. She was shortlisted for the Visual Arts Scotland Graduate Showcase and won the RSA New Contemporaries 2020 Award.

Cooney clearly has a most vivid imagination in her cool creation of meticulously crafted, wild and witty compositions. ‘My paintings exude colour and organized chaos… that are somewhat difficult to initially comprehend, [enticing] the viewer to take time to digest every component, as opposed to glancing over the entire image quickly.’

The starting point is often devising a humorous title, such as Are his Organs Made of Butter? So Greasy, which comes from a quirky Korean translation. With the eye of an artistic explorer, she experiments with the basic essence of form, space and colour. As seen here, the archway is a frequent symbol with a 3D effect as if we can look through the open portal to the sky or ocean beyond. The snake-like staircase is surrounded by interconnecting circles, ovals, jigsaw shapes and opposing horizontal and vertical lines.

As an optical illusion, the pink and blue zigzaging block in Wawa Zita Jones is juxtaposed against a curving blue river and purple ink blot ‘splodge.’ While we may not find a literal meaning, Daryl Terri Cooney has invented her own artistic alphabet for a trademark geometric structure giving a flowing sense of rhythm and movement.

With exuberant energy and painterly playfulness, Carbonated Spinal Fluid is like a child’s board game, a mash up of Ludo and Snakes and Ladders. It makes you want to throw the dice and move a counter in a haphazard motion around this myriad of rainbow circles, stairs and stepping stones.

With a simplified, swirling pattern of overlaid curves and triangles, Just a Freudian Slip celebrates the fluidity of colour and shape which would make such a bold, decorative textile design.

Very much reminiscent of the mesmerising graphic art of Bridget Riley, (as in Nataraja), The Hilltown Smells of Noodles is a dizzying array of colliding triangles which integrate into pyramids and parallelograms.

Daryl Terri Cooney explains that her paintings are not mapped out in advance, just a light pencil sketch to take a line for a walk; with a witty title in mind, the composition is a continuous, organic process through an evolving perspective. With a fresh, contemporary vision, she has invented her own surreal style of Op Art with a jaunty, jazzy musical style and rhythm.