The Real Jerusalem, the Future Palestine, at The Royal Court Theatre London

‘I’m starting with a joke,’ Reem declares in all seriousness. ‘You’re allowed to laugh.’ We aren’t quite sure. Switching on a stark lights, she’s emptied the floor of impromptu partygoers – audience included – and silenced the throbbing sounds of Habibi rap.

Be sure, this is no Palestinian peep show. Here, biting humour is one means of catharsis in a reality defined by conflict. One where bulletproof vests are worn as gilets, and sweet oranges are no longer fruits to be savoured, but Israeli commodities to be boycotted. Outdoor sex in the ‘Red Zone’ is inherently unsafe; but it satisfies a human need for something thrilling, something existential, yet still connected to the adrenaline of war.

Expect this tongue-in-cheek humour, with games like ‘Bibi Says’ (‘build a settlement!’), played out in a place where a single village can be the difference between a road and no road, a united Palestine or not. Sami Ibrahim’s script explores this convoluted conflict through the eyes of the women and young people most marginalised by it – ‘It’s literally where we live so please fuck off.’ 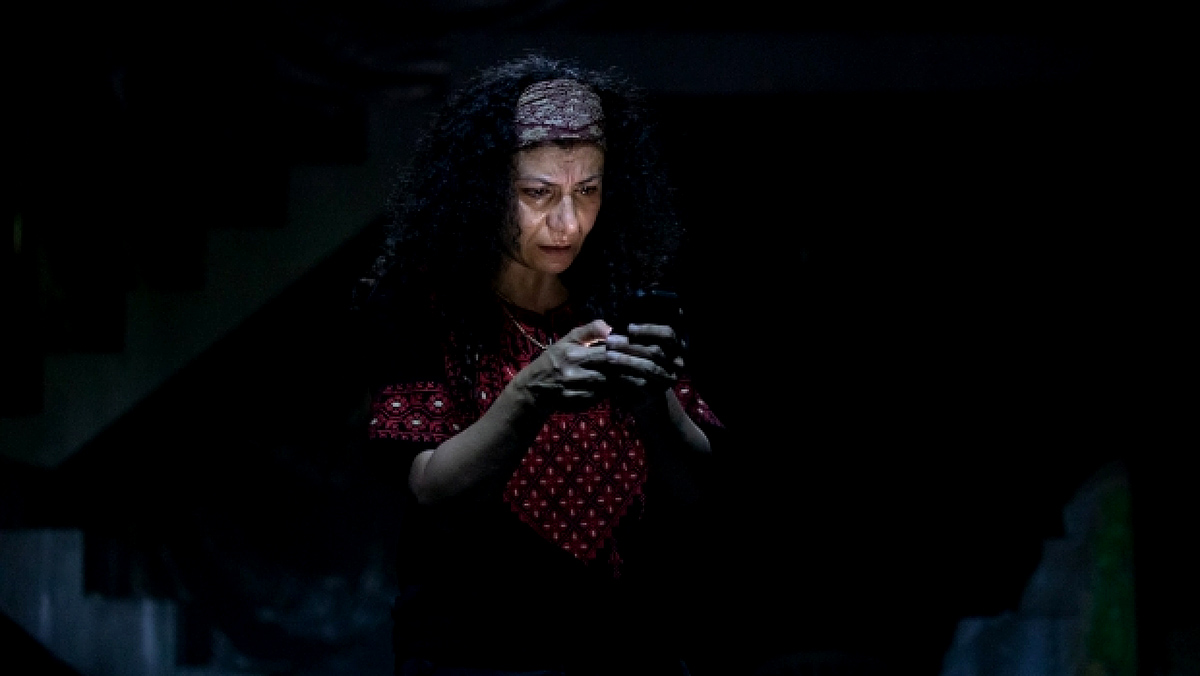 Their chemistry is a triumph. When Sayeed momentarily survives a fatal head wound, we aren’t sure whether it’s because the ongoing conflict demands his survival – or simply because his wife says he’s not allowed to die.

Drainpipes double up as bazookas. Red Sharpies stand in for sharp knives. The fourth wall collapsed long ago, and we are part of the joke in acknowledging the props for what they really are: parodies of the impromptu nature of the conflicts on show.

A wheelbarrow of dusty stones stands for the unequal death tolls of Palestinians and Israelis – 1248 to 6, or 208 to 1. Yet Ibrahim hones in on the particular rather than grand narratives of conflict, revealing whose lives matter more in the hierarchies of gender and nationality.

The murder of Israeli conscript Sara Yadin (Mai Weisz), nearing the end of her mandatory military service, is preceded and succeeded by those of Reem’s two daughters, delivered in reverse chronological order.

Looking over her own dead body, Sara simply wants to be ‘off her face in a club in Tel Aviv’. Instead, she’s another young woman who is made a soldier by statecraft, a martyr in death – and an icon appropriated by all sides.

Israel-Palestine may be ‘all bollocks’ to Reem, where morality is reserved for those removed from the situation by geography or income. But every character gets their context. Sara’s father, Adam (Philipp Mogilnitskiy), performs the play’s sharpest satire. Exposing the absurdities of war – and himself – he traces the conflict back to his great (x infinity) grandfather, who was hit in the head by a rock, and centuries of ‘fighting and fighting and…’ 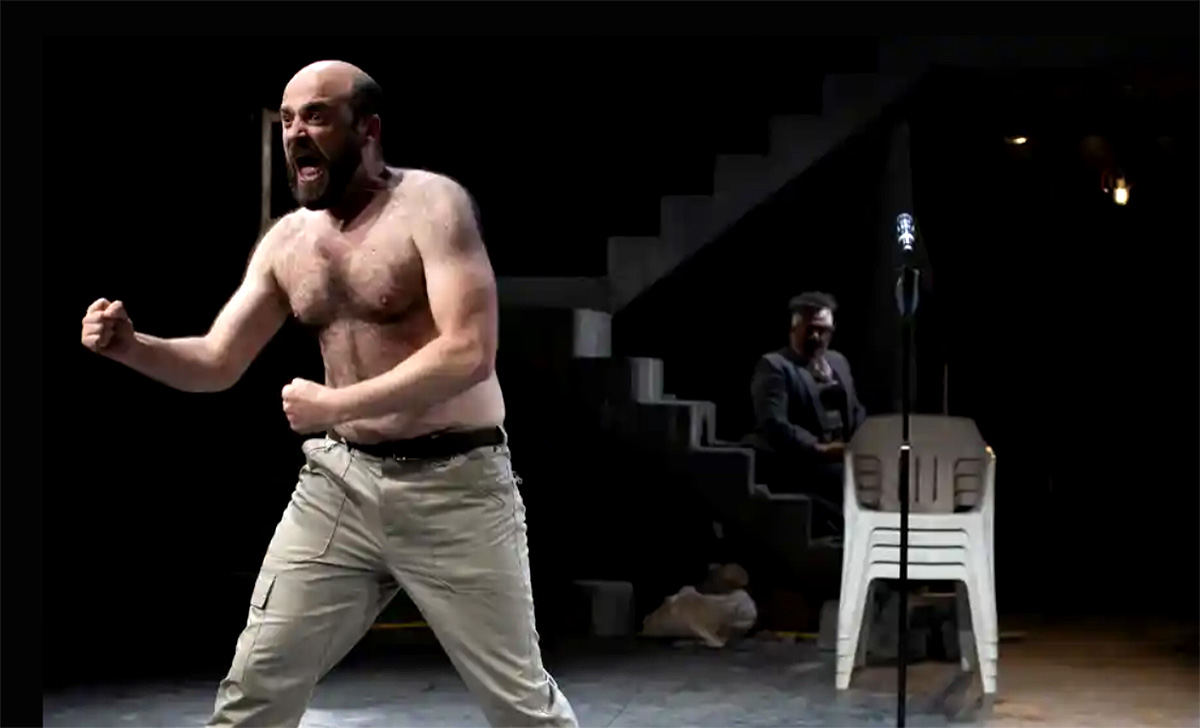 Cultural conflicts get equal attention in the hands of director Omar Elerian. We mock-laugh at the terror tourism of Palestinians trapped in barbed wire. Reem threatens to turn her enemies’ brains into hummus, reigniting another (connected) conflict about who invented the food – one powerful enough to bring a cast member back from the dead to argue his case.

And Ibrahim’s script doesn’t shy from tackling Western ignorance of these issues. Chapter 17 – A Story about Palestine in which Israel is not mentioned – is quietly scathing, as the cast silently sip their drinks waiting for someone to fill the void.

The ever forthright Reem explains that there’s no such thing as Israel vs. Palestine – only Jews vs. Arabs – and criticises the audience for failing to brush up on their history and language. Just one audience member laughs at her joke delivered in Arabic.

But it is precisely this inclusion of the audience which prevents tPgd from being inaccessible. As a production, it seduces us into critically engaging with conflict, rather than leaning into simplistic binaries – for or against. From his place amongst the audience, the playwright himself delivers a letter, an introspective conclusion about his profiting from the cultural capital of being Palestinian, shadism, and writing about a place he has never visited – and people who don’t strictly exist. 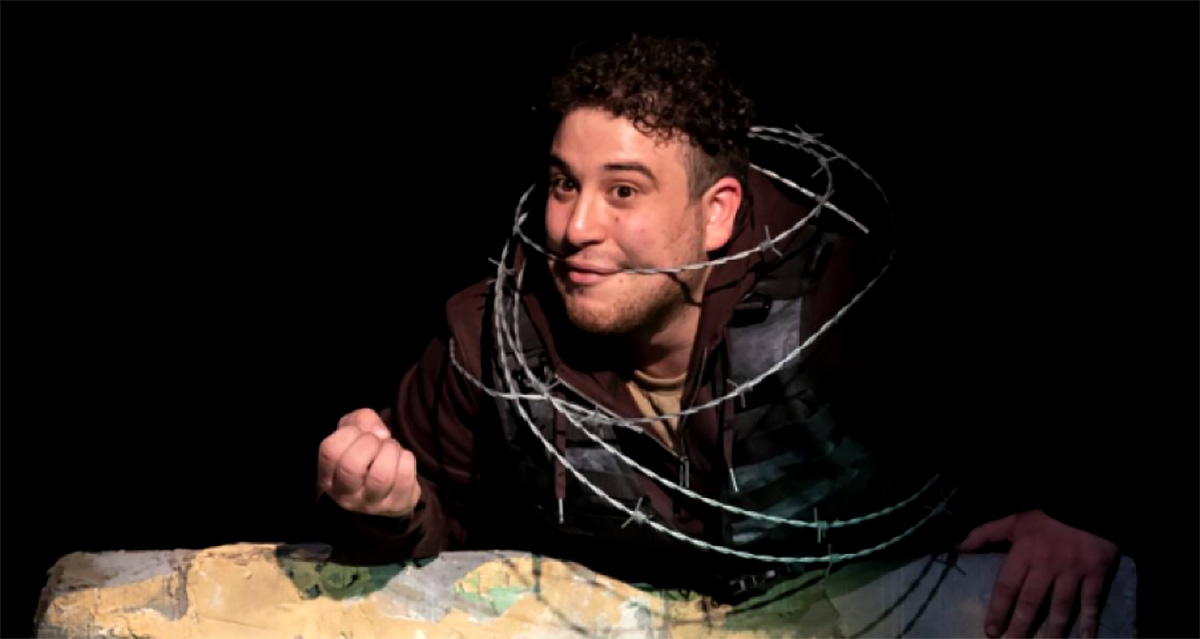