The moderate sized photograph propped in Studio Bizio’s window no more than hints at the immense scale of emotion found within.  Upon entering, the visitor finds themselves amidst the electric colours and emotional charge of an exclusive exhibit of the works by Haruhiko Kawaguchi, or as the artist is better known: Photographer Haal. Having through his travels discovered photography’s potential to communicate across language barriers, the Tokyo based artist boasts an impressive oeuvre of prints saturated not only in colour, but also in human sensitivity. Studio Bizio displays a carefully curated number of photographic prints, large in size and with minimal framing allowing each piece to achieve its full expressive potential.

This unique exhibition shows prints from the Photographer Haal’s latest project ‘Flesh Love Returns’ alongside examples of his earlier project entitled ‘Flesh Love’ in direct comparison to one another. His artistic vision can thus be followed from the earlier vacuum-packed couples portrayed in a non-descript blank void to the more recent prints which portray the couples still vacuum packed but in an environment of their choosing. While in the original ‘Flesh Love’ all significance comes from the lovers’ anonymous bodies themselves, the images of ‘Flesh Love Returns’ encourages the viewer to ponder the more elaborate history behind the shot. 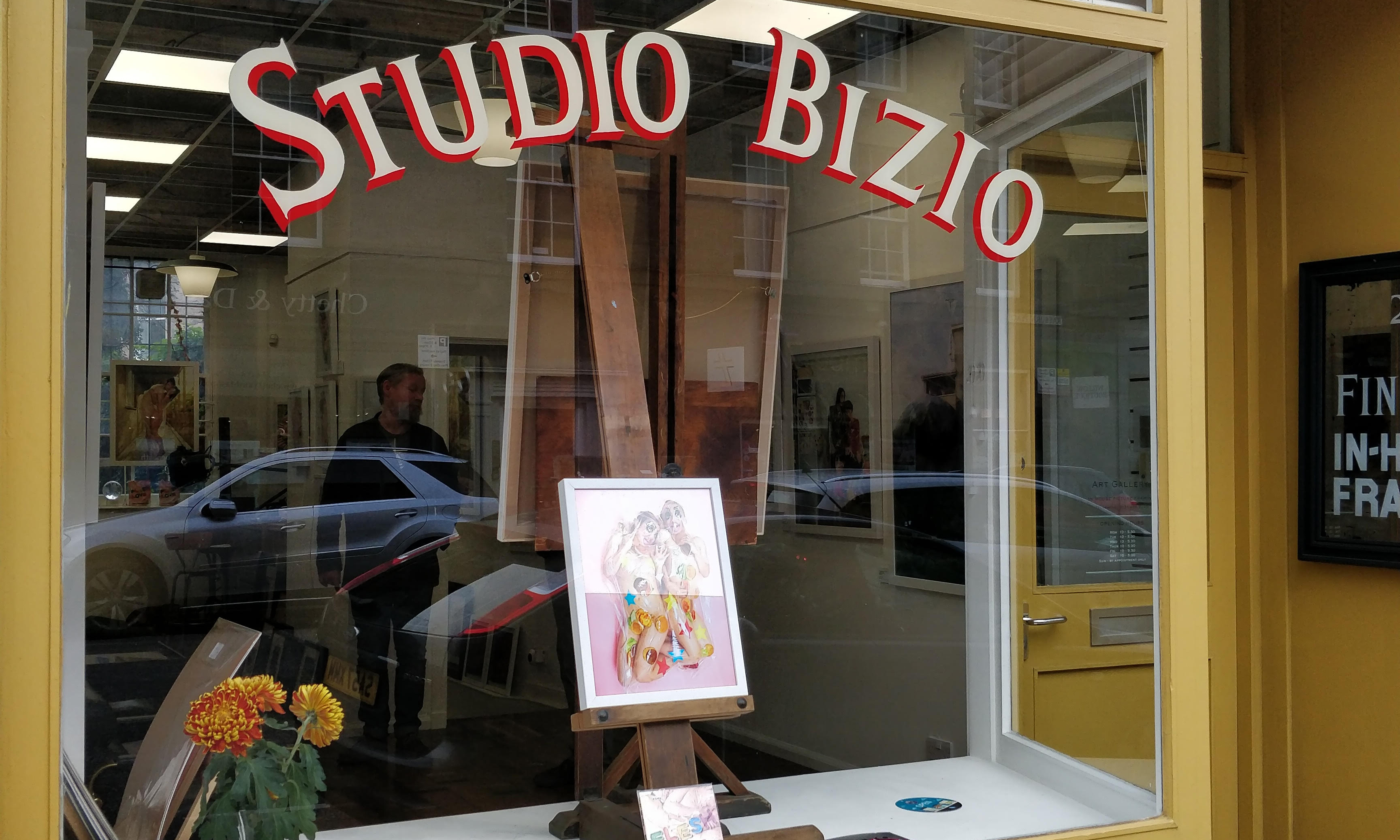 While the idea of wrapping animate or inanimate objects in plastic for art is not novel in itself, the significance which Photographer Haal attaches is thrillingly controversial. Rather than hinting at society’s need for hygiene or at our consumerism in all its cellophane packed glory, the plastic packaging reveals a heightened intimacy. The couples, while vacuum packed in plastic are enclosed in their own truly personal space with not even air to part them. The plastic wrapping here creates a womb-like space in which time stands still.

Becoming internationally renowned through numerous awards, a host of willing couples approached the artist with the desire to have their own portrait taken. Photographer Haal has thus been able to achieve an exciting exposé of love between couples of varying nationalities and ages in a variety of contexts. The intimacy and true knowledge of another human being is shown to be as diverse as the couples and their chosen settings themselves. While the lovers ‘Johnnie and Kafka’ passionately embrace on a single chair, the couple ‘Kohmey and Keiko’ stand side by side barely touching. The difference in the couples’ relation to one another, the energy which they share in the few seconds, being quite literally breathless and enwrapped with each other is what makes the artist’s work so strong. 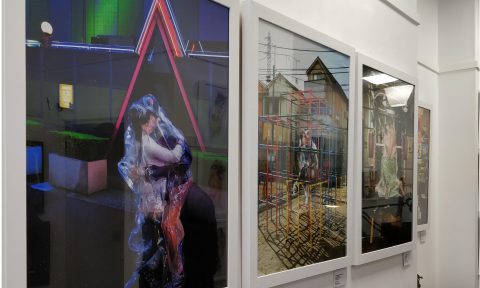 The moments of true companionship contained in the couples’ embraces is preserved first by the plastic packaging and then held fast for posterity by the artist’s camera. In our fast-paced age of instant messenger, dating apps and more, Photographer Haal’s project resonates modern romance. In fact, each photograph seems to contain a heartfelt love story of which the viewer gains only a fragment of an insight. In his true mastery of the photographic medium, the artist does not dictate a narrative to the observer but invites the imagination to run wild with unfinished love-stories or romantic-tragedies.

Apart from the images of lovers and couples, the exhibition likewise displays some of the lesser known photographs of families and entire houses encased in plastic. Again, intimacy is the overarching theme, yet here the artist documents and preserves human bonds which go beyond the romantic. While the plastic wrapped house seems at first Christo-esque, it soon becomes clear that the artist is revealing rather than concealing what lies beneath the casing. The transparent plastic wrap encases a home, presumably full of life and with histories to tell but in this moment, it lies frozen and is captured on film.

The exhibition at Studio Bizio is not to be missed for its comprehensive portrayal of Photographer Haals’ development as a photographer and his poignant insight into the human condition.