Once again, MAPFRE proves itself as an art institution of renowned international status with its current exhibition of the leading figure in the development of Spanish photography- Humberto Rivas. The curators of this impressive display want to create an encompassing view of the photographic medium in Spain and the world and by presenting to the public photographer like Rivas and revealing the way they modernized photography and its distinct language in connection to the viewer. The exhibition comprises of more than 180 works (all analog, and all developed by the artist himself) in addition to material from the archives, which now belong to Humberto’s family. Although there are plenty of undeveloped negatives in the archive, Humberto created very few copies of only the works he wanted to be displayed and so his wish is entirely respected in this setting. The photographer’s entire oeuvre can be observed in MAPFRE’s display, ranging from his earliest project in the 1960s until the final years of his life, 2005, revealing to the public an immense spectrum of a diverse body of work following the artist’s career development. 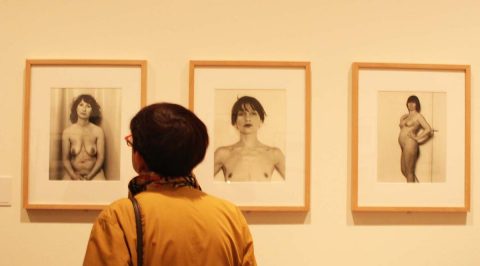 Trained in photography from a very early age, Humberto Rivas was born in Buenos Aires, but moved to Barcelona in 1976, which later became his own cultural milieu. He began his career as a draughtsman and painter, later destroying all of his paintings when he came to the conclusion he will only be remembered as a photographer (although he created an intriguing surrealist, Ingmar Bergman-influences, short film, available to see in the exhibition). He became part of the Grupo Forum between 1956 and 1960 (inspired by Otto Steinert’s ideas), which proved to be significant in his belief that photography is an expressive rather than a documentary medium, later on growing into the mature understanding of the polar and yet integral relationship between the photographer and the sitter- as a constant battle. Rivas’ portraits reveal a precise raw appeal and leave the soul of the subject bare, which speaks of the photographer’s victory over the sitter in making them drop their mask and remain as they are, since the photographer is known for spending a lot of time with his subjects prior to photographing them so that he would sense their disposition and make a psychological connection. One of his most striking portraits is ‘Maria’, his partner and lover for many years from 1978, where he presents the depth of this woman’s existence, the way she truly is beyond the façade which we all tend to entertain in front of each other.

The artist’s strong belief that images need to be constructed resonates through both his entire photographic outlet comprising of both landscape and portraiture. Rivas wanted to conserve the instant of time he existed in, but in a controlled and specific way as opposed to capturing fleeting moments, introducing his meticulous style to the Spanish photographic medium. Especially the portrait he created aims to establish a stable foundation from which a dialogue can be constructed with the viewer, focusing the vibrant charge of his work in the intensity of the gaze. 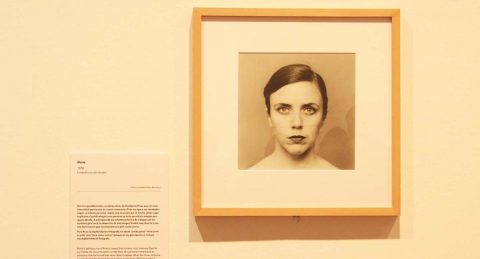 Rivas is a master at developing his photographs, providing them with just enough details to outline elusive silhouettes, but maintaining an evocative formalist darkness. This specific trait is particularly apparent in his portrait of Jorge Luis Borges in 1972, where the author and the surrounding darkness melt into each other to present an enigmatic tenderness beyond simplified contemplation.

The spaces in Rivas’ landscapes are rather eerie, devout of human presence, a deserted parallel dimension. The photographer often stated that the places find him, whereby he presents them as debris in space and time, hinting at the possibility of existing anywhere in the world. The spaces (especially apparent in works like ‘Valencia’, 1987) are decaying structures with sinister overtones, rarely presented in color as Humberto preferred to emphasize the presence of darkness and put an accent on the mark of time by depicting peeling walls and deconstructed facades. 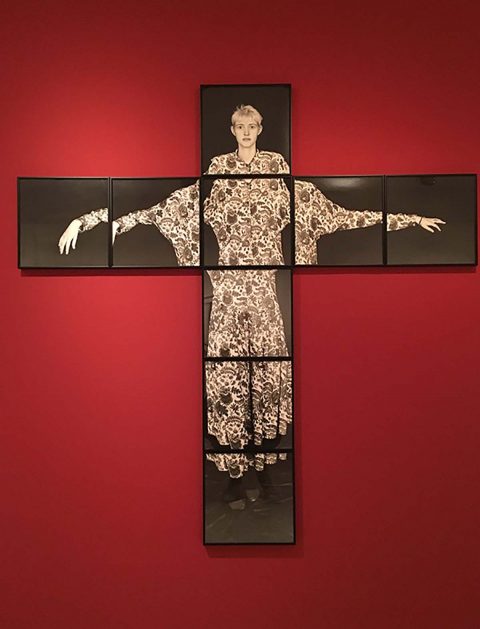 While Rivas utilized a soft evening or early morning light in his photographs of spaces, he used harsh and revealing light, further reinforced by the dark background of his images. The photographer’s full-length portraits, specifically his crucifix series of three, are the fruitful result of long experimentation, focusing on the individual’s specifics, tearing him or her apart and then reconstructing the image and bending the gaze to reveal the depths of human souls. In ‘Lucy’ the image is aerial, giving us a concave vision of the subject, breaking with original perceptions of proportion and extending the body to transcend the surface. Then in the portrait ‘Eva’, the body flexes and departs inwards into the background, sinking into the other side’s depths, which remain unknown to the viewer, concealed in Rivas’ characteristic darkness.