Portrait of the Artist as a Young Man

The Dutch Golden Age of the 17th century was a period of great wealth for Holland, then known as the Dutch Republic, when trade with countries all over the world blossomed. Cities which were sending ships to Asia, Africa and the Americas were among the richest in Holland, and their success is still visible in their grand townhouses and extensive canal networks.

Art also flourished, not least because the nouveau riche were keen to display their wealth on the walls of their new mansions. Commissions were plentiful, particularly of portraits, and Dutch painters such as Frans Hals, Johannes Vermeer and Jan Steen rose to fame.

However, none rose higher than Rembrandt Harmenszoon van Rijn, whose life and work have been celebrated throughout 2019 by a special programme organised by the Netherlands Board of Tourism to mark the 350th anniversary of the Master’s death.

In the 17th century Leiden was the largest city in Holland after Amsterdam and, also after Amsterdam, the Dutch city with the most canals – 27 kilometres of them compared to Amsterdam’s 31. Flourishing trade and religious tolerance attracted many immigrants, who fuelled the city’s expansion. Today Leiden remains full of Dutch charm, with over 3,000 historic monuments still exuding the atmosphere of the city’s Golden Age.

Rembrandt was born in Leiden in 1606, the ninth child of a miller, and it was here that he first started drawing, sketching and painting. Located in a small, 17th century dwelling, the Young Rembrandt Studio is where he served an apprenticeship with the painter Jacob van Swanenburg, whose studies in Italy were to influence Rembrandt’s work. A lively, animated video of the reconstructed studio explains the famous pupil’s skills and discusses painting materials and techniques of the time.

The Rembrandt Route is a two-hour walking tour linking all authentic Rembrandt locations in the inner city, such as his birthplace and the Latin School where he was educated. Themed signs along the route describe Leiden in Rembrandt’s time.

With a remarkable lack of foresight, Rembrandt’s birthplace was demolished to make way for apartments. A memorial plaque one of them marks the spot – or would, if a recent biography had not pointed out that it should have been erected a few doors away. However, it is worth dropping by to see a Rembrandt-themed sculpture by Stephan Balkenhol in the small square. From here too you can see a replica windmill similar to the one Rembrandt’s parents owned and it is a short walk to the modern Rembrandt Bridge over the Rhine, the river which gave him his name.

The finale of the Rembrandt theme year is the exhibition The Young Rembrandt – Rising Star in the Lakenhal Museum. Leiden’s municipal museum of local history and the fine and decorative arts, the Lakenhal (the former cloth hall, the centre of Leiden’s textile industry) reopened this year after a major refurbishment of the 17th century building and the addition of new exhibition spaces.

Featuring over 40 paintings, 70 etchings and ten drawings, most of which Rembrandt made within 800 metres of the Lakenhal, the exhibition traces the growing self-confidence of the ‘rookie’ artist between 1624 and 1634, from what Rembrandt expert Christopher Brown CBE, director of Oxford’s Ashmolean Museum, describes as a “clumsy” ‘The Spectacles Seller’ (1624), the artist’s earliest known work, to his first recognised masterpiece, ‘The Repentance of Judas’ (1629). You will have fun spotting the Hitchcock-like cameo appearances that Rembrandt made in many of his paintings. 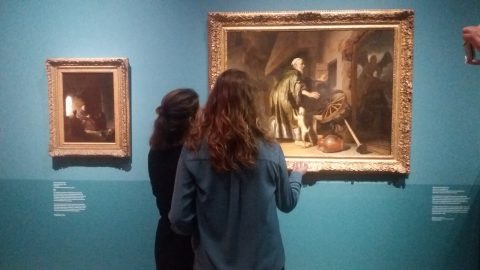 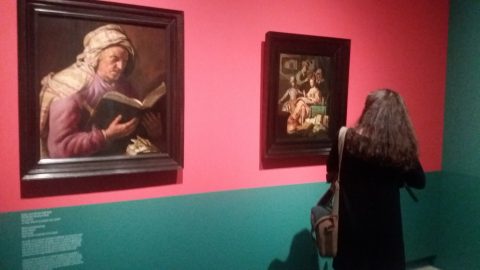 Special loans include works which were never on public display in Holland, such as ‘Man in Oriental Costume’, commonly known as ‘The Noble Slav’(1632), from the Metropolitan Museum in New York and ‘The Abduction of Europa’ (1632) from the Getty Museum in Los Angeles. Other works include a self-portrait (c.1628) from the Rijksmuseum, ‘Christ at Emmaus’ (c.1629), which spookily shows the resurrected Jesus silhouetted by candlelight, and ‘The Abduction of Proserpina’ (1630).

The Lakenhal’s own collection includes several early Rembrandts as well as works by his tutors, Jacob van Swanenburg and Pieter Lastman, and contemporaries such as Jan Lievens and Gerrit Dou. Old Masters include Lucas van Leyden and Jan Steen, while there are also modern works by the likes of Theo van Doesburg, Jan Wolkers and Erwin Olaf.

The Young Rembrandt – Rising Star runs until February 9, 2020 at the Lakenhal Museum. In spring 2020 the exhibition will travel to Oxford’s Ashmolean Museum. Coinciding with the exhibition, a new biography, Young Rembrandt by Onno Blom (pub. Pushkin Press) is a compelling story of the artist’s early years. 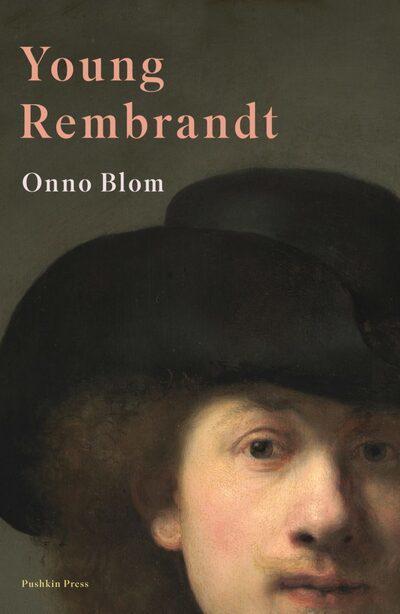