Fran Lebowitz is an American author, public speaker, and occasional actor. She is known for her sardonic social commentary on American life as filtered through her New York City sensibilities, and her association with many prominent figures of the 1970s and 1980s New York art scene, including Andy Warhol, Martin Scorsese, Jerome Robbins, Robert Mapplethorpe, David Wojnarowicz and the band New York Dolls. Lebowitz gained fame for her books Metropolitan Life (1978) and Social Studies (1981), which were combined into The Fran Lebowitz Reader in 1994.

Most recently she is best recognised from the HBO documentary film Public Speaking (2010), and the Netflix docu-series Pretend It’s a City (2021) directed by Martin Scorsese, which brought her to a more global and varied audience. The seven-episode documentary series is a show about New York, but even more than that, it’s about Fran Lebowitz. She is the true subject in a three-and-a-half-hour interview about the city, art, transport, money, sports and books. Now on tour, for a limited run of dates, Lebowitz is in live in conversation, offering forthright, unapologetically opinionated insights on such timely issues as gender, race, gay rights, and the media, as well as on her own pet peeves—including celebrity culture, tourists, and baby strollers.

Lebowitz is just as full of wit and charm as she is on screen and paper, standing out as one of America’s most insightful social commentators. Lebowitz shines brightest when alone on the stage and taking questions from the audience making everyone howl with laughter, nod in agreement or clap loudly. Listening to Fran’s musings on life and politics is a true delight, providing comfort and hope in these strange times. The show is a wonderful extension to the Netflix hit show and will leave you wanting more. Lebowitz worked odd jobs, such as taxi driving, belt peddling, and apartment cleaning (‘with a small specialty in Venetian blinds’), before being hired by Andy Warhol as a columnist for Interview. Her life and professional journey make for such an interesting listen that you will find yourself truly immersed and transported to the streets of New York City.

Lebowitz’s name was added to Vanity Fair’s International Best Dressed List Hall of Fame in 2008, and she remains a style icon, living in New York City, as she does not believe that she would be allowed to live anywhere else. If you’re after a fix of her insights, she has long been a regular on various talk shows including those hosted by Jimmy Fallon, Conan O’Brien, and Bill Maher, and will return to Scotland next year for an appearance at Glasgow’s Theatre Royal on 16th April.

With thanks to Joanna Zuchowska for this review. 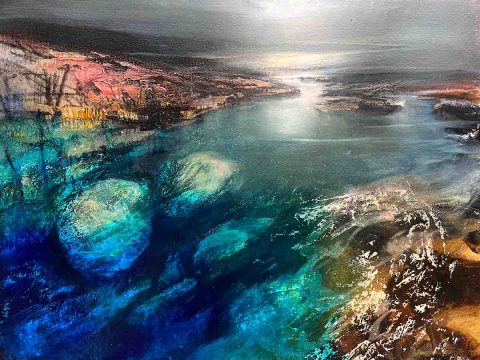