Germany’s third city after Berlin and Hamburg, Munich has been voted the one most Germans would prefer to live in. Munich’s post-war reconstruction has been aesthetically more successful than that of many other damaged European cities. An extensive, Italian-influenced 19th century building programme earned it the moniker of the ‘northernmost Italian city’, and much of that neo-Renaissance atmosphere remains.

The city’s main art galleries are conveniently clustered together in the ‘Kunstareal’ (art area). Few cities can boast so much quality art in such a small space. Of his three-month visit to the Bavarian capital during the summer of 1913, Marcel Duchamp said: ‘My stay in Munich was the scene of my complete liberation.’

The Old Pinakothek (a ‘pinacotheca’ was a picture gallery in ancient Greece and Rome) contains one of Germany’s most important collections of Old Masters, 14th to 18th century European paintings by the likes of Dürer, Rembrandt, da Vinci and Rubens. Established in 1836, it is one of the oldest galleries in the world. Severely damaged in WWII bombing raid, the museum was rebuilt in the 1950s. Traces of war destruction were left visible on the outside walls. And these are now classified as protected historical monuments. www.pinakothek.de/en/alte-pinakothek

The New Pinakothek shows some 400 paintings and sculptures from the 19th century ranging from Classicism to Jugendstil (the German term for Art Nouveau). Highlights include German Romanticism and French Impressionism, such as works by Caspar David Friedrich, Edouard Manet and Paul Cézanne. There are also works by Goya, Turner and others. www.pinakothek.de/neue-pinakothek

With four museums in one (art, paper, architecture and design) the Pinakothek der Moderne is Europe’s largest museum structure. Built to consolidate works from municipal galleries throughout the city into one collection, its tall glass facades surround a central rotunda and flood the high-ceilinged rooms with light. The Modern Art Collection includes major Surrealist, Expressionist and Pop Art works, including Magritte, Dali, Picasso, Beuys, Warhol and Bauhaus, while the new media section features video installations by Bruce Naumann. www.pinakothek.de/en/pinakothek-der-moderne

Opened in 2009, Museum Brandhorst is both Munich’s newest gallery and its most striking thanks to 36,000 vertical ceramic rods in 23 colours covering the facade. Sparkling by day and glowing by night, the building is a practically a work of art in itself. It houses a collection of 700 modern works donated by its main patrons, Anette and Udo Brandhorst, about half of it American, notably Pop Art by the likes of Andy Warhol, Roy Lichtenstein and Ed Ruscha. Cy Twombly has two rooms’ of work. European artists such as Damien Hirst, Joseph Beuys and Gerhard Richter are also represented. www.museum-brandhorst.de.

Near the Englischer Garten, Munich’s expansive public park playground, the Haus der Kunst (House of Art) is a colonnaded slab of Third Reich architecture originally built by the National Socialists to show the best ‘German art’ – typically, stolid sculptures and paintings peopled by blond-haired, blue-eyed Aryans with square jaws. The entire Nazi leadership attended its opening in 1937. Today, the focus is on contemporary and avant-garde art, photography and installation, much of which defiantly fits the Nazi idea of ‘entartet’ or ‘degenerate’ art. The basement was once used as a bunker, which lends an eerie atmosphere to the exhibitions. www.hausderkunst.de 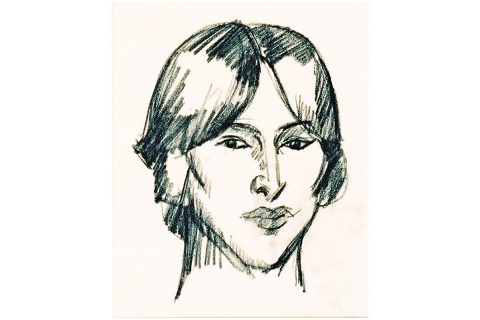