Before the nation of Italy emerged, that familiar long “boot” of land comprised a myriad of independent;y ruled regions – none more powerful than Lombardy in the north with the Duchy of Milan at its centre.

In the mid-15th century Milan came under the Sforza family and Ludovico il Moro, the ruler of the city, decided to surround himself by the most important artists of the period. Leonardo da Vinci was appointed “pictor ducalis” (the duke’s painter) and created the greatest work of the Renaissance period, ‘The Last Supper’, which is still located today, albeit in a sadly deteriorated condition, in the church of Santa Maria delle Grazie.

Art of the 15th and 16th centuries came to be described as Renaissance, a term coined by the first art historian, Giorgio Vasari, to describe the artistic changes which occurred after the Middle Ages with a revival of interest in the classical period of the ancient Romans and Greeks.

Today, Milan boasts many fine museums which trace the city’s contribution to the art world from the Renaissance to the present day.

Inaugurated by Napoleon in 1809 with the aim of establishing the ‘Louvre of Italy’, the Pinacoteca Di Brera (Brera Picture Gallery) is the city’s biggest public gallery. Many of the works were confiscated from churches and convents during the French conquest of northern Italy, so there is a large number of religious paintings and altar pieces.

Containing one of the world’s most important collections of Italian paintings, the 38 rooms are organised chronologically from the 13th to the 20th centuries and by art ‘schools’ within each era. Over the last two hundred years the museum’s collection has grown to also include a strong modern wing, so you can enjoy masterpieces by the likes of Bellini, Caravaggio, Canaletto, Tiepolo and Tintoretto as well as Boccioni, Modigliani and Severini.

The museum shares the building with the Academy of Fine Arts, the Lombardo Institute for sciences and letters, the city’s oldest observatory, a botanical garden and the Braidense National Library. The surrounding Brera district has a number of contemporary art galleries.

The Pinacoteca Ambrosiana is most famous for holding the Codex Atlanticus, the world’s largest collection of original Leonardo Da Vinci drawings. There is also a fine collection of 15th to 17th century Italian, Flemish and German paintings, 2nd to 16th century sculptures and frescoes, bronzes, Roman mosaics and a sculpture courtyard.

Highlights include Vermiglio’s ‘Judith and Holofernes’, Da Vinci’s ‘Portrait of a Musician’, Caravaggio’s ‘Basket of Fruit’ and works by Raphael, Botticelli and Titian. After a four-year restoration project, Raphael’s ‘Preparatory Cartoon for the School of Athens’ is now complete and on display.

Cheek by jowl to the magnificent ‘duomo’ (cathedral), the Museo del Novecento (Museum of the 20th Century) houses a remarkable collection of 20th century art, with particular emphasis on Italian artists. Visitors follow a ramp coiling up through the building into a series of small exhibition spaces where over 400 works, displayed chronologically, form a great introduction to modern Italian art history.

It begins in 1902 and travels through Futurism, Novecento, Abstraction, Art Informel, leaders of the 1950s and 1960s and Arte Povera, finishing with Pop Art. The museum also pays tribute to other international avant-garde art movements with works by the likes of Picasso, Paul Klee and Piet Mondrian.

Viewed from a picture window on the top floor, the cathedral seems so close you could reach out and touch it.

Across the square is the Palazzo Reale (Royal Palace), which for centuries was the seat of government in Milan and today serves as a cultural centre and exhibition venue. It regularly shows modern and contemporary art and famous collections in cooperation with notable museums around the world.

The building was suffered severe damage by fire from surrounding structures in a WWII bombing raid. Refurbishment began in 1947, beginning with the iconic Hall of Caryatids, which gained in reputation in 1953 when Picasso chose it for symbolic purposes for an exhibition which included his anti-war piece, ‘Guernica’. Only from 2000, however, has the room regained its former glory, with blackening removed from the walls and sketches drawn on the ceiling depicting how the room looked before its collapse.

Recent exhibitions have included The Wonderful World of Nature on the 500th anniversary of Da Vinci’s death, showing how the representation of nature in Lombardy has changed thanks to the artist’s stays in Milan, and a selection of works by Ingres exploring Milan’s role as a cultural centre in Napoleonic Europe.

Just outside the old city limits next to a charming public park is the Galleria d’Arte Moderna (GAM), an 18th century palace donated to the city by the tobacco trader Carlo Grassi along with his collection of 19th century Italian works and Asian art objects along with a vast array of international artists such as Manet, Van Gogh, Toulouse-Lautrec, Renoir and Cézanne – the only works by these masters found in Milan museums. There are also avant-garde and inter-war works.

The collection was expanded in 1975 with the donation of the Vismara Collection bequeathed by the businessman Giuseppe Vismara and including works by Modigliani, Vuillard, Dufy, Matisse and Picasso.

Although restored in 2014, some of the interiors still resemble a throwback to the 1950s, when it passed into city ownership. There are, however, some magnificent period rooms with ornate ceilings and opulent chandeliers.

Out in the southern Largo Isarco district, the Prada Foundation is spread over a former distillery complex of seven buildings augmented by three new structures by the Dutch architect Rem Koolhaas. It follows the trend in recent years for fashion conglomerates with large corporate art collections to develop cultural institutions. (Think the Louis Vuitton Foundation in Paris or the Palazzo Grassi in Venice, owned by François-Henri Pinault of Gucci, Stella McCartney, Bottega Veneta et al.)

The Prada Collection mostly includes works from the 20th and 21st centuries, some of which are displayed in the so-called Haunted House, a four-story building clad in gleaming, 24-carat gold foil. These include two works by Louise Bourgeois – ‘Single III’, a fabric sculpture, and ‘Cell (Clothes)’, which incorporates articles of clothing originally worn by the artist – and Robert Gober’s ‘Arms and legs wallpaper’ and ‘Creek bed’, a drain-like installation which contains running water, stones, twigs and a glowing, human-like “heart”.

Another new structure, the seven-storey Tower, has spacious rooms which include works such as Jeff Koons’ painted stainless steel sculpture ‘Tulips’ and Damien Hirst’s ‘Waiting for Inspiration’ (1994), a trilogy of large, glass, laboratory-like enclosures, one containing dead flies and maggots.

In the lively Navigli (canals) district, the Museo delle Culture (MUDEC) occupies the site of a former steelworks developed by the Municipality of Milan in order to transform the disused industrial area into a centre for cultural activities.

Designed by the British architect David Chipperfield, the building’s centrepiece is an undulating core resembling towering above visitors like a smoked glass Alvar Aalto wave, with four ‘lobes’ around which the first floor exhibition spaces are arranged.

Permanent displays include ethnographic collections which were stored in warehouses after sustaining war damage and shown to the public only during temporary exhibitions, while special exhibitions have included Paul Klee, Modigliani, Frida Kahlo, Gustav Klimt and Roy Lichtenstein.

The picture gallery at the Castello Sforzesco, one of the many museums housed within the castle grounds, originated in 1878 and over the centuries has been enriched by major donations. It now comprises over 1,500 paintings dating from the 13th to the 18th century, including masterpieces by the likes of Bronzino, Tintoretto and Titian.

Collection highlights include Vincenzo Foppa’s ‘Madonna del Libro’ (1475) and Canaletto’s ‘The Pier towards Riva degli Schiavoni with the Column of Saint Mark’ (before 1742). Spread across six halls, just 230 works from the collection are on display at one time, which makes for a very manageable tour.

The Sala delle Asse (Room of Wooden Boards), which has expansive murals of mulberry trees and vegetation by Leonardo da Vinci painted in 1498 for his patron Ludovico Sforza, the Duke of Milan, is due to reopen in May after a five-year restoration project. A multi-media display is being installed in the room to improve the viewing experience. 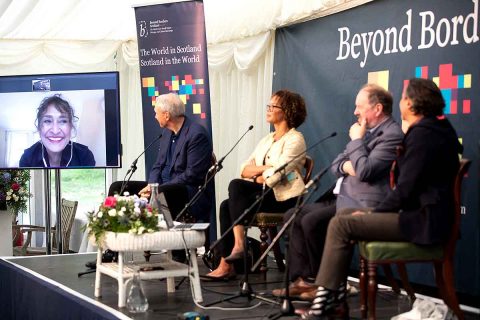 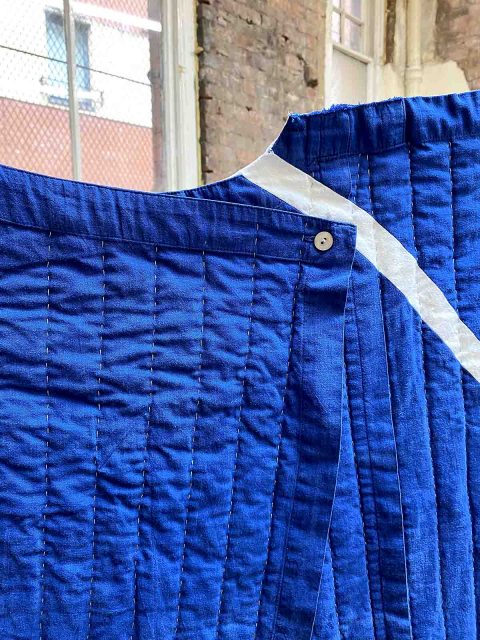 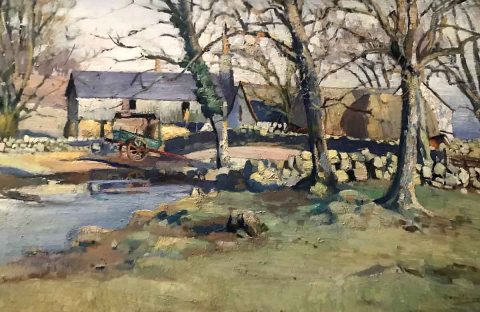