Madrid boasts an art walk par excellence in the Paseo del Arte, which links three world class art museums barely ten minutes from one another and all in beautiful buildings adapted for cultural purposes. A half-day in each is a bare minimum to begin to appreciate them. Along with a couple of relative newcomers, they form perhaps Europe’s leading thoroughfare for art.

The Museo Nacional del Prado (above) is Madrid’s best known attraction. Housed in a gigantic, neo-classical building opened in 1819 to display the royal art collection, the Prado is one of the world’s first public art museums. An ambitious expansion programme in recent years has resulted in a remodelled annex and a controversial, a cube-shaped building to host temporary exhibitions.

The core of the collection reflects royal tastes and political alliances from the 15th to the 17th centuries. Works by court painters Velázquez and Goya are well represented, while political ties with France, Italy and Flanders have resulted in works by the likes of Poussin, Titian, Botticelli, Artemisia Gentileschi, Caravaggio, Rafael, Rubens, Breughel, Van Dyck and the world’s greatest Hieronymous Bosch collection, including his surreal triptych ‘Garden of Earthly Delights’, which King Felipe II had hanging on his bedroom wall.

Among the Prado’s greatest attractions are the Velázquez rooms, where pride of place goes to ‘Las Meninas’ (‘The Hand Maidens’), often described as the greatest painting in the world for its complex interplay of perspectives. Velázquez depicts himself at work on the painting, while the king and queen are reflected in a mirror at the far end of the room, but in whose place every viewer also stands, observed by Velázquez, the little Infanta Margarita and other figures in the painting.

The Goya rooms are the most numerous dedicated to any one artist in the museum. Foremost are his tremendous images of war, such as ‘The Third of May, 1808’, depicting executions carried out by French troops in Madrid.

A free map will help guide you to the ‘must sees’, while the museum’s website offers some suggested itineraries which will allow you to see the main masterpieces, depending on how much time you have.

The Thyssen-Bornemisza Museum holds the private collection of the late Baron Hans-Heinrich Thyssen-Bornemisza, widely considered among the most important in the world. Housed in a former ducal palace, it comprises some 800 works arranged chronologically to tell the story of 800 years of Western art from the 13th century onwards. 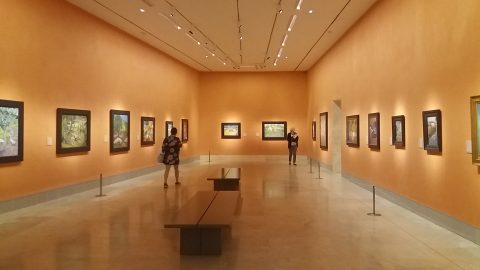 The baron’s collection is supplemented by works bequeathed to his wife Baroness Carmen “Tita” Cervera (a former Miss Spain), which span the 17th to 20th century and are housed in a modern extension. These include works by the likes of Fragonard, Courbet, Monet, Renoir, Gauguin, Rodin, Corot, Van Gogh, Mondrian, Klee, Ernst, Picasso, Braque and American artists such as O’Keeffe (‘New York with Moon’), Hopper (‘Hotel Room’) and Rauschenberg (‘Express’).

Completing the ‘golden triangle’ is the Museo Nacional Centro de Arte Reina Sofia in a great slab of a building flanked by exterior glass lift shafts. The Reina Sofía’s great jewel is unquestionably ‘Guernica’, Picasso’s large painting denouncing war and fascism, which commemorates the destruction in 1937 of the Basque town of Guernica by German bombers flying in support of the Francoist forces in the Spanish Civil War. Picasso refused to allow the painting to be exhibited in Spain under the Franco regime, and it was only in 1981 that it was finally brought to Spain from the Museum of Modern Art in New York. It has hung in the Reina Sofía since 1992. (The artist had intended the painting to be housed in the Prado and his family opposed the change of location. The Basque Country also failed in its attempt to have it exhibited in the Guggenheim Museum in Bilbao.)

As for the rest of the Reina Sofía’s permanent collection of 20,000 works, it contains works (though few major ones) by practically all the major Spanish artists of the 20th century – Dali (‘The Great Masturbator’, ‘The Enigma of Hitler’), Miró, Gris, González, Tàpies, Ponce de León, Saura – plus coverage of non-Spanish artists. An active acquisitions policy adopted in the 1990s added works by major foreign artists such as Anish Kapoor, Bruce Nauman, Tony Cragg, Ellsworth Kelly and Julian Schnabel with additional works by André Breton, Dan Flavin, Man Ray and others. The museum is built around a peaceful inner courtyard with trees, giant shrubs and an unmistakable, girder-like sculpture by Alexander Calder. The Reina Sofia also curates exhibitions in the Palacio de Cristal and the Palacio de Velázquez in the Retiro park. 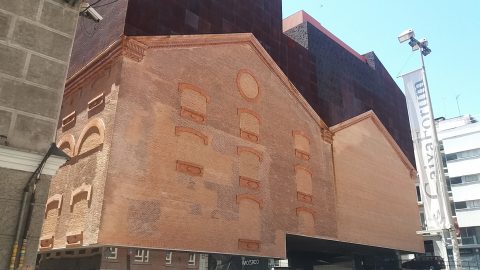 A recent addition to the Paseo del Arte is the CaixaForum Madrid, one of several CaixaForum venues in Spain funded by the cultural arm of the eponymous Catalan bank. The spectacular premises are one of the new icons of the city. The renovation of the former Mediodía electric power station by the Swiss architects Herzog & De Meuron (Konzerthaus Munich, London’s Royal College of Art extension, Neue Nationalgalerie Berlin, etc.) hinvolved two chief characteristics: a vertical garden and its apparent state of “levitation”. 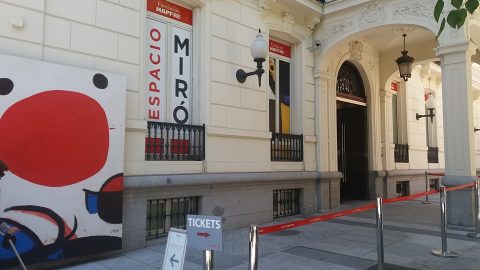 Also on the Paseo del Arte is the non-profit Fundación MAPFRE, where a former 19th century palace houses the Recoletos Exhibition Hall, presenting shows on the origins of modern art spread over three floors. Next door the Barbara Braganza Exhibition Hall is one of the few spaces in Madrid dedicated solely to photography.

A short walk over from the Paseo del Arte is the Parque del Retiro, a 300-acre public park where Madrileños come to play, relax or take a boat onto the lake. Here you will also find two annexes of the Reina Sofia. The glass and wrought iron Palacio de Cristal is a luminous space under a soaring roof ideal for viewing large scale installations, sculpture often site-specific works, while the Palacio de Velasquez is a spacious brick and tile building which hosts regular exhibitions of contemporary art.

Smack in the middle of all this art action and a few metres off the Paseo del Arte is the stylish Radisson Blu Hotel Madrid Prado just a few minutes from the Prado Museum, the Thyssen, the Reina Sofía, the CaixaForum, the Fundacion MAPFRE and the Retiro Park. 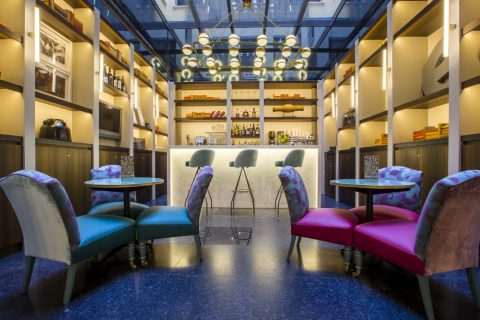