Lubaina Himid: a Full House at the Tate

‘Enter stage right’, the fitting invitation to the Tate Modern’s latest exhibition from Lubaina Himid. Central in the British Black arts movement in the 1980s, the Turner Prize-winning artist has become a mainstay on the stage of contemporary art. Himid’s latest exhibition thus harnesses opera and theatre as a space for reconsidering the personal and political – with a ticket for the viewer to take part.

The artist concocts an overwhelming composition of crockery, canvas, and audio clips. Each large, white space serves as home to an entirely different subject or time, from sexism in architectural structures to the safety of migrants. Some ideas get lost in the overlapping content. Perhaps that’s the point – to reject a didactic message, and explore the diversity of human experiences instead.

Stark portraits, one of the artist’s trademarks, speak to the great humour and humanity in her practice. Men spring out of the walls, painted into the linings of drawers. In Slice Ten Lemons (2020), the final citrus, which has presumably rolled off the table, is added in a comically small canvas. In her words, Himid paints the ‘pastry chefs’ of everyday life, the people who toil to make things for others to admire and eat.

In Jelly Moulds for Liverpool (2010), countless Victorian moulds are redecorated to reflect the entanglements between slavery, sugar consumption, and the economic development of Britain’s cities. First displayed in museums and shop windows across the port city, its recreation here is subtle and powerful.

Himid’s most obviously political works lie outside this exhibition. Take Swallow Hard: The Lancaster Dinner Service (2007), currently on show in Human Conditions of Clay at Cardiff’s Chapter Arts Centre. In a more concentrated exhibition, its empire-adorned crockery might have taken Jelly’s place.

Likewise, in The Carrot Piece (1985), now in Tate Liverpool’s Democracies, we see a White man failing to lure a Black woman with a carrot, a patronising symbol of integration into cultural institutions. The artist’s overt commentary on race is rather confined to the exhibition shop, whose bookshelves heave with the likes of Audre Lorde, Anna Arabindan, and Toni Cade Bambara.

Himid’s scenery lift installation instead captures her intentions for this show. With wood and wicker, acrylic and audio, her artist’s remarkable range is on full display in A Fashionable Marriage (1984-1986), Himid’s retelling of William Hogarth’s Marriage A-la-Mode: The Toilette (c. 1743), a scathing satire of elite moral corruption.

A cardboard cut-out Margaret Thatcher takes the place of the adulterous Countess; a reclining Reagan, clasping his invitation to ‘join me in the dance’, her lover, Silvertongue. Collages of newspaper clippings set the scene, as NATO gives him ‘full marks for trying’.

Scrawled with the artist’s name, the ‘absolute shoddiness’ of the cardboards’ reverse stand exposed to the viewer. We are invited to look in, from the front or the side, to imagine our own ‘backstage’ behaviour – what we do when others aren’t looking.

It’s a remarkably powerful play. But in its earlier stagings, viewers could circle the installation entirely. Perhaps individual installations – like Naming the Money from her 2017 Navigation Charts exhibition in Bristol – allow Himid’s works to have a greater impact than when they are staged within a saturated collection.

Marriage recasts the two minor Black figures of Hogarth’s original to take centre-stage. Similarly, the exhibition’s penultimate series, Le Rodeur (2017), redresses overlooked histories. It is named after a nineteenth-century French slave ship from which 39 African men and women were jettisoned, following the breakout of contagious illness on board.

Beyond the perfectly pink jelly of this particular work, the wobbly instability of history permeates Himid’s practice. Sometimes, it can be seen in something as subtle as the ambiguous expression of her subject.

But much like the saccharine treat, this exhibition disappears all too soon. With so much to digest, it risks being gobbled up whole, or even trifled, by its consumers.

All images courtesy of Tate Press. With thanks to Jelena Sofronijevic (Twitter: @jelsofron) for this review. Their podcast Empire Lines is available on all streaming platforms. 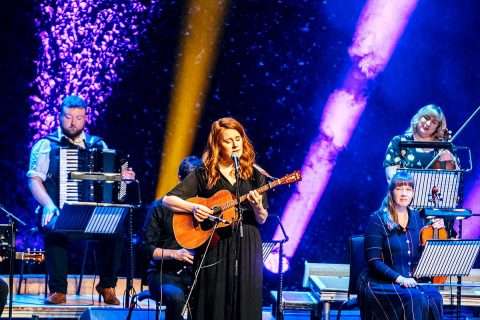 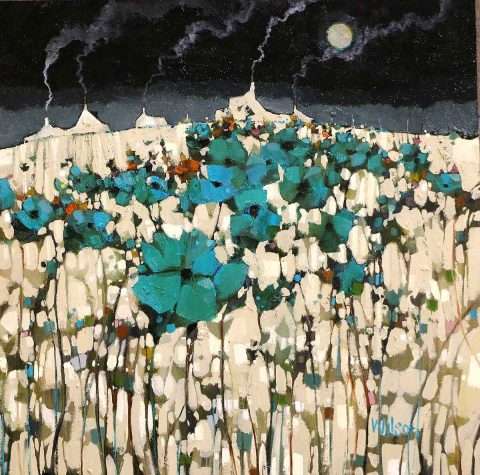 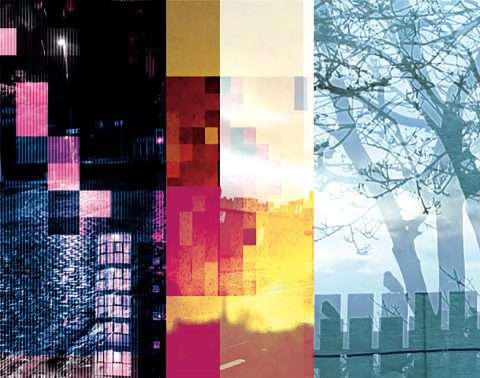 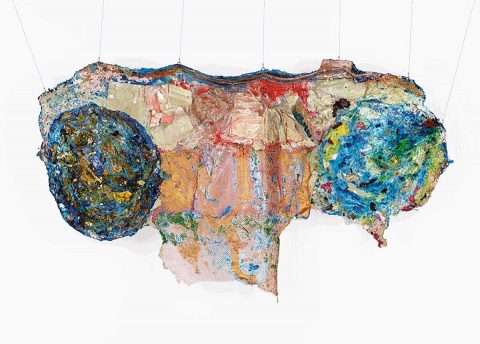 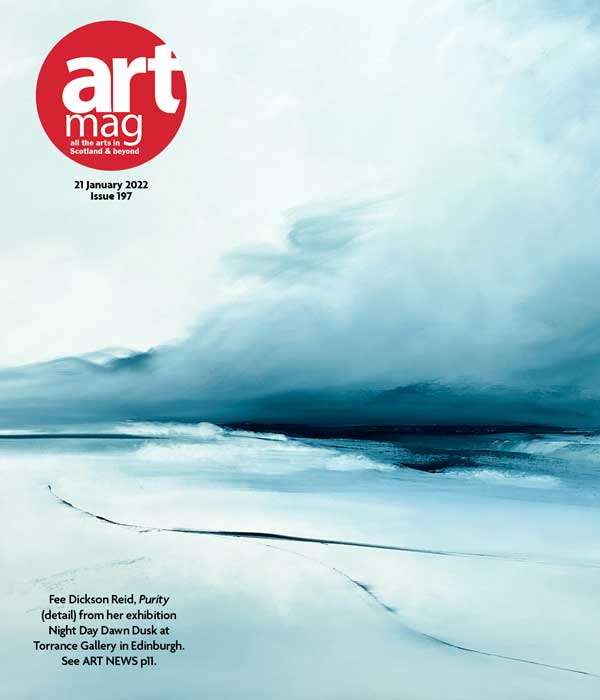