In November 2013 Lisbon won the best City Break on a Budget category at London’s World Travel Market, the largest annual convergence of travel industry professionals, the third time the Portuguese capital has taken the accolade in the last five years.

This followed the conclusion of the Post Office’s 2013 City Costs Barometer that Lisbon is the best value city break destination in the Eurozone for meals, drinks, sightseeing, travel and accommodation, coming in at under half the price of Amsterdam and Rome.

Situated at the mouth of the River Tagus, Lisbon is the oldest city in Western Europe. While a massive earthquake in 1755 devastated three quarters of the city, it still has plenty of old world charm. It’s a good bet off-season too, with the warmest winters of any European metropolis.

A unique touch: Lisbon’s streets are paved not with gold, but with white tile, an emblem of Portugal, with eye-catching designs under foot made of millions of fragments replacing the concrete and asphalt of other cities.

In its sleek complex overlooking the beautifully landscaped Parque Santa Gertrudes, the Museu Calouste Gulbenkian is named after the Turkish-born oil magnate who amassed a collection of over 6,000 pieces (he called them his “children”) dating from antiquity until the early 20th century and including examples from Egypt, Greece, Babylonia, Persia, the Islamic Orient, Europe, China and Japan.

French art and decorative arts are particularly prominent, reflecting Gulbenkian’s lengthy residence in Paris and including Regency furniture and Beauvais, Aubusson and Gobelins tapestries. Both sections end in a room devoted to Art Nouveau, including a collection of jewellery and glass by René Lalique.

Gulbenkian settled in Lisbon during WWII, where he remained till his death in 1955. In 1960 the entire collection was brought to Portugal and in 1969 Gulbenkian’s wish to see it housed under one roof was fulfilled with the opening of the specially built museum. www.museu.gulbenkian.pt

On the other side of the park is the Centro de Arte Moderna (CAM), also run by the Calouste Gulbenkian Foundation. (You can buy a joint ticket to visit both.) CAM’s permanent exhibition includes drawing, painting, sculpture and installation, with a special focus on Portuguese art produced in the first decades of the 20th century.

The display changes annually to showcase a selection of works from the museum’s collection of around 9000 pieces. This is complemented by an annual temporary exhibition of works by both Portuguese and international artists.

A highlight is the largest existing collection of work Amadeo de Souza-Cardoso, who produced an extraordinary body of work of various genres at breakneck speed until his early death of pneumonia aged 30, when his career was at its height.

There are also works by British artists such as David Hockney and Anthony Gormley, while you’ll pass a Henry Moore sculpture in the garden on the way over. www.cam.gulbenkian.pt

Jump on the No.15 tram to the Belem district in the western part of the city, where across the street from the massive Jeronimos Monastery (a UNESCO World Heritage Site) and next to the Praca do Imperio (Empire Square), with its impressive fountain, you’ll find the Belem Cultural Centre, Portugal’s largest building with cultural facilities.

A modern take on a medieval ‘castillo’ made of huge sandstone blocks, this sprawling complex is home to the Museu Coleccao Berardo, or Berardo Museum. One of the world’s largest collections of modern and contemporary art rivalling anything in New York, London or Paris, this eye-popping ‘greatest hits’ of 20th century art is the achievement of Madeira-born businessman Jose Manuel Rodrigues Berardo.

Opened in 2007, it comprises over 900 works representing more than 70 artistic movements. A list of the artists represented reads like a Who’s Who of modern art, including Warhol, Picasso, Dali, Duchamp, Magritte, Modigliani, Miro, Bacon, Pollock, Koons and many, many more – over 170 in all. Strolling through the Berardo is like taking a walk through the history of 20th century art.

The permanent collection is spread over two floors, with the main floor spanning 1900 to 1960, while downstairs covers 1960 to 2010 as well as encompassing a temporary exhibition hall. To date works from the Berardo have been loaned to 185 museums. https://en.museuberardo.pt

A stone’s throw from the magnificent triumphal arch leading to the Praca do Comercio (Commerce Square) and the waterfront, the Museu do Design e da Moda, or MUDE (which also means ‘change’ in Portuguese) is one of the world’s leading museums of 20th century design and fashion.

Located in a former bank building stripped down to bare walls, concrete floor and supporting pillars so as to better focus attention on the collection of over 2,500 objects, the museum traces the history of design innovation from 1937 to the present, including furniture, electrical appliances, glassware and other household objects, many of which are now so everyday that their revolutionary design and function are hardly considered. (Think Post-Its.)

The building stands on the site of a former monastery which was later used as a biscuit factory. The temporary exhibition space, the Sala dos Fornos (Oven Room), is named after the brick ovens which still line the corridor outside it. The brick vaulted ceiling in the reception area recalls both its monastic and industrial past, while the rest of the modern refurb relies heavily on stone, metal and wood.

Limited exhibition space restricts the display to around a hundred works at a time from a collection of over 5000 piece. These are arranged by chronology and artistic movement, starting in the late 1870s, when the first Portuguese painters supported by the state to study in Paris returned home, bringing with them the new style of capturing the light and climatic features of landscapes in open air painting. The visitor is then taken on a crash course through the last century of Portuguese art. Outside, a sculpture garden adjacent to the cafeteria features 19th and 20th century bronze works. www.museuartecontemporanea.pt

Housed in a 17th century palace with an extension in the former convent of Santo Alberto, the Museu Nacional de Arte Antiga (MNAA, or National Gallery of Ancient Art) houses a vast collection of European art and artefacts from the Middle Ages to the 19th century, including painting, sculpture, metalwork, ceramics, textiles, furniture, drawings and other decorative art forms.

Also known as the Museu das Janelas Verdes, or Green Windows Museum, due to the colour of its windows (it is located in Rua Janelas Verdes), the MNAA also has a section of European painting represented by, among others, Hieronymus Bosch, Pieter Brueghel the Younger, Albrecht Dürer, Lucas Cranach, Piero della Francesca, Holbein, Raphael, Tintoretto, van Dyck and Velazquez.

Tip: After your visit relax in Le Chat, a glass-walled cafe-bar next door with sweeping views over the 25th of April Bridge (a dead ringer for San Francisco’s Golden Gate Bridge) and the comings and goings on the River Tagus. www.museudearteantiga.pt 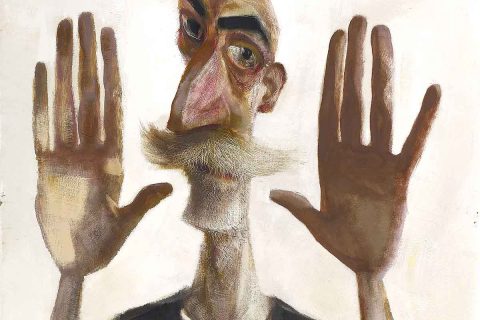