For the first time since the European Capital of Culture programme was inaugurated in 1985, an entire province is hosting this year’s event.*

With an entry in the Guinness Book of World Records for the most possible spellings of its name, Leeuwarden in Friesland in the north of Holland is the focal point for the region and its eleven main towns, where over 60 projects will celebrate the European Capital of Culture ethos of culture as a medium for change.

Going beyond “art for art’s sake”, Friesland aims to shed its self-image as small and isolated and to ensure that the cultural year has a long-term legacy. Organisers cite the Friesian tradition of ‘mienskip’, which translates as a long-held sense of community and an openness to cultural and social diversity.

As well as some blockbuster events with wide appeal – the huge puppet group Giants of the Royal de Luxe walking their narrowest streets ever in their Dutch premiere, the finish of the Tall Ships Race, the theatrical spectacular featuring a hundred horses in ‘Storm Rider’ – the visual art programme brims with exhibitions and events drawing on the characteristics and landscape of this unique part of the Netherlands and echoing some of the great names of art and design who had local affiliations.

The glass-fronted, light-filled Friesmuseum on the city centre Wilhelminaplein (‘plein’ is Dutch for square) is part-history/part-art museum.

Said the famous, perspective-bending graphic artist, Leeuwarden-born M.C. Escher (1898-1972): “I could not resist fooling around with our established certainties”. This statement forms the starting point of the exhibition Phantom Limb: Art Beyond Escher (until Jan 6, 2019), in which ten contemporary European artists present 25 works playing with contrast, light and spatiality to create seemingly impossible realities that eyes and brain struggle to compute. Particularly unnerving is Dominique Teufen’s ‘Afgelopen’ (‘Past’), a full-size room after a party completely drained of colour and left looking like a 3D monochromatic print. Even the left over red wine is black.

Phantom Limb takes its title from humans’ ability to experience impossible sensations, as when a limb has been amputated. The deception continues outside the exhibition space, where the Netherlands’ Michiel Kluiters has turned halls and stairwells into optical illusions. (You’ll wait a long time for that lift door to open.)

M.C. himself is featured in Escher’s Journey (Apr 28-Oct 28), in which stairways lead neither up nor down, a floor appears to be a wall and water seems to flow upwards. In perhaps Escher’s best known work, ‘Day and Night’, white birds flying into daylight merge with black birds flying in the opposite direction into night, while they all merge with the fields below. The artist was rediscovered by the 1960s pop generation, and posters of his work became a common sight in student flats, sometimes with a new title, as with ‘Dream’, which was renamed – wait for it – ‘Bad trip’.

As well as art at the Friesmuseum, history buffs will appreciate Mata Hari: The Myth and the Maiden (until Apr 2) on the life of Leeuwarden’s most famous daughter, Margaret Zelle, better known as the exotic dancer who was executed by France in 1917 on suspicion of spying for the Germans. (Poignantly, the exhibition opened on the 100th anniversary of her death.) There is also a presentation on the work of the Friesian resistance movement in WWII.

Each of the eleven main towns in Friesland is renovating its main square in readiness for the 11 Fountains project, in which each community will install a new fountain, symbolising the province’s long tradition of “taming” water. Each fountain has been designed by a different international artist in consultation with the communities. The fountains will be permanent and are all due to be completed by May 18, when each one will be activated by its designer.

Unsurprisingly, the fountains are barely recognisable as such. In the town of Sneek, for example, German artist Stephan Balkenhal’s ‘Fortuna Fountain’ is a figure of a well dressed man holding the Horn of Plenty while trying to balance on a rotating ball. For Sloten, the British-Argentinian couple Lucy and Jorge Orta have created ‘Kievit Fontein’ (‘Lapwing Fountain’), which depicts a man standing on a tall stack of water vessels with a boy on his shoulders holding a lapwing. And in Leeuwarden, Spain’s Jaume Prensa’s ‘Love’, which is already in place, shows two giant children’s heads, their eyes closed and dreaming about the future. When switched on, a thin cloud of spray will play around the foot of the fountain to evoke water evaporating from the ground on a Dutch morning. Observers will be able to reach out and touch the cloud. www.11fountains.nl

Protesting that no Fresian artists were commissioned to design a fountain, local artists have come up with their own. Made from wooden penises, ‘The Pauper Fountain’ – or ‘penis fountain’, as it has already been dubbed – will include a WC in which visitors are invited to relieve themselves. Contributors to a  crowdfunding campaign will get their own penis and be able to watch their urine spout from it. While the eleven ‘official’ fountains will be permanently placed, ‘The Pauper Fountain’ will be mobile and thus will be able to visit all eleven cities. Says the project’s originator Henk de Boer: “What the artwork is about is how the bullies and big dicks forget that they can’t do anything without the little dicks. This is how society actually works.”

Some 35 kilometres southeast of Leeuwarden is Drachten, which is closely associated with De Stijl movement, notably through its recognised founder, designer Theo van Doesburg.* For another art movement, Drachten was the scene not of its birth, but of its demise. While commonly linked with Zurich, Dada art was active in Drachten through the likes of Kurt Schwitters and the shoemaker-artists Thijs and Evert Rinsema. Here too it officially ended, when Schwitters held the group’s final soiree there.

A two-part exhibition at the Museum Drachten entitled Beyond Dada and De Stijl will showcase the ‘neo-Dada’ work of artists who were inspired by De Stijl, such as Richard Hamilton and Eduardo Paolozzi, and trace the influence of De Stijl on modern life. Sandwiched between the two parts is Siep van den Berg: Kind van Mondriaan (Child of Mondriaan, Apr 22-Jul 7) on the Friesian house painter turned artist (1913-1998) whose style evolved through naturalism, impressionism, cubism and constructivism. Later in the year, Friesian Expressionism: Not Afraid of the New (Oct 14-Jan 13, 2019) is a major retrospective of the museum’s post-WWII collection of Friesian expressionism by the artists’ group Yn ‘e Line.

The town of Drachten will also host an Art in the Alleys project and on a night late in the year the city’s lighting grid will be illuminated in a De Stijl-type design which will be best appreciated from the air.

Fired clay objects have been used around the world since prehistory as eating, drinking and storage vessels or as decorative objects. China is the birthplace of ceramics (and ‘china’ is their common name in everyday English usage), of which earthenware, stoneware and porcelain are the three main types. The Dutch national collection is held in Leeuwarden’s Ceramic Museum Princessehof, a former palace which was also the home of M.C. Escher during his time there. One of his sculptures is on the outside of the building.

Following last year’s exhibition, Sexy Ceramics, a celebration of erotica in ceramics old and new, Migrating Ceramics (Jun 2-Jun 30, 2019) tells the story of how the Dutch East India Company introduced porcelain to the Netherlands around 1600, only for the Dutch to make their own, less expensive version, in factories often located in and around Delft, and sell it back to the rest of the world.

Also showing is In Motion: Ceramic Reflections in Contemporary Art (until May 6),  in which six contemporary artists from around the world showcase the versatility of ceramics in installations, all new to the Netherlands, ranging from Peruvian David Zink Yi’s life-size squid in a pool of ink to Frenchman Céleste Boursier-Mougenot’s ‘Variation, Piscines’, in which white porcelain bowls float in two floor pools, clinking delicately. Says the exhibition’s curator Tanya Rumpff: “The exhibition shows that contemporary artists embrace ceramics and that it is no longer just an applied art form, but a fully-fledged artistic medium.” www.princessehof.nl

Artist and art entrepreneur Joop Mulder has taken on by far the largest Capital of Culture project. Along with over 30 artists and architects, he will oversee A Sense of Place, a 180-kilometre ribbon of landscape art, architecture and ecological works stretching along the Wadden Sea coast. Work starts in May this year, and the 50 or so works are expected to take up to five years to complete. They will include a 100-metre green dike with the contours of a voluptuous nude woman, salt marshes designed like a Mondrian painting, an outdoor swimming pool at the end of a pier beyond the dikes and a giant mirror ball atop a wooden tower on a dike reflecting the landscape in all directions. Made up entirely of reclaimed land, this is said to be the first landscape created by man, and at less than a hundred years old is the youngest World Heritage Site in the world.

From May to September in a project in Sloten called The Colorfield Performance, 400 artists will fire bags of paint from a cannon onto billboard-size blank canvases set up in a field. The finished panels will then be assembled to make a huge whole – a coloured field.

Potatoes are a great source of Friesian pride, and they are celebrated in a series of projects under the title Potatoes Go Wild. Included in the programme are exhibitions in potato barns of work by two dozen local artists and craftmakers (Jun 21-Sep 3) and Artistic Potatoes (Oct 12-Jan 6, 2019) in the Friesian Nature Museum in Leeuwarden, featuring work by three artists from Ireland, the Netherlands and Serbia, whose Dragan Despotovic will make a 3D copy of van Gogh’s ‘The Potato Eaters’ using fresh potatoes.

Using a substance of a different type, Dioni Ten Busschen found inspiration for her medium while walking in the Soosaare bog area of central Estonia, when she had the idea of modelling with peat as you do with clay. Beyond its uses in energy and horticulture and for its curative and preservative properties (bog bodies are perfectly mummified, with every bone, hair, tooth and wrinkle visible centuries later), Ten Busschen has found peat to be the perfect material for her sculptures, objects, paintings and wall coverings. This year she has a month’s residency at Museum Opsterlan in Gorredijk, where she will be working on a nearly life-size Friesian horse made entirely of peat. (While many people associate Fresian with cows, it is of their horses that Friesians themselves are most proud. Once used by the Romans as warhorses, these majestic, all-black beauties with lush tails and manes and feathered feet even have a statue to their honour in Leeuwarden, which is a popular meeting point.) For more visit www.peatart.com

The information centre and for Cultural Capital 2018 is in the Blokhuispoort, the site of a prison between 1500 and 2007 which is now a now a cultural/retail/restaurant complex with some businesses occupying the former cells.

A Guide to Leeuwarden is a service offered by a group of local enthusiasts who conduct free walking tours. The English-language tour leaves at noon on Saturdays from the Odlehove, Leeuwarden’s own leaning tower. 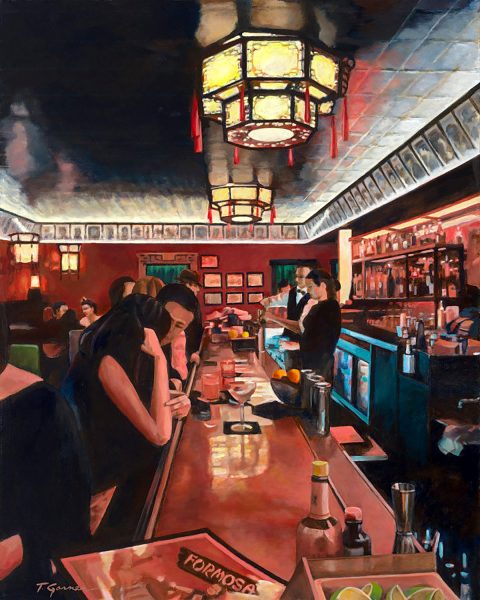 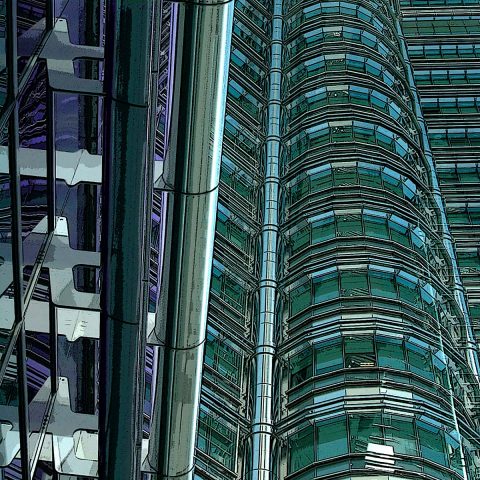 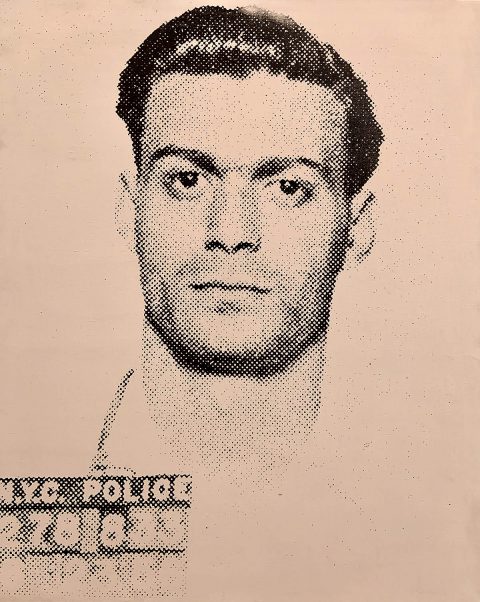 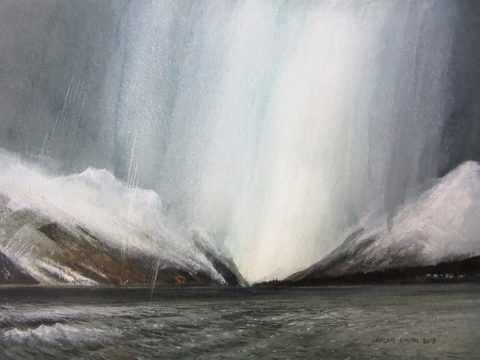