Four is The Magic Number

The Resol String Quartet’s performance of three pieces by three composers on the theme of Prodigies Grow Up, is the second in a series of three Brunton Classical online concerts airing from lunch times in February and March. Brought to us by the Brunton Theatre, the series is supported the Scottish Government’s Performing Arts Venue Relief Fund via Creative Scotland, and is held in partnership with Royal Conservatoire of Scotland and Lammermuir Festival.

Each concert costs £7 to view, and features top-flight classical music talent performing cherished gold-standard works by the greatest lights of the canon, such as J S Bach, Béla Bartók, and in the case of this show, a young Wolfgang Amadeus Mozart, an emerging (in 1983) Philip Glass, and Felix Mendelssohn in the throes of love’s young dream at the age of eighteen.

Online concerts lack the acknowledged communal atmosphere of a regular show – recorded online concerts even more so – and these views from a stage inevitably have that attendant slightly lonely feel, but the presentation nonetheless is up to concert standard: a proper stage, well-lit, with musicians in spruce evening dress. The sound is recorded cleanly, and in that respect maybe exceeds the quality of a normal concert – no audience coughs, and a pleasing reverberation of the sound, making the overall sonic impression very well-rounded.

There’s an introduction by violist Raphael Chinn to start us off. Then as the performance begins, the stage views shift between each of four viewpoints every half a minute or so, sometimes cut, sometimes cross-fading, and this does help to give a certain forward-motion to the presentation preferable to a single static camera. But it would be welcome to see a close-up or two, to bring the audience in in a way that they wouldn’t normally – even on a large monitor you can’t see the performers’ gaze, for instance, nor closely observe the deftness of their fingers in the flying-semiquaver passages, of which there are plenty here, always wondrous to witness in quartets.

The two main wonders here are the performances, and the young composers. Formed only in autumn 2018 at the Royal Conservatoire in Glasgow, the Resol Quartet comprises Maria Vila Ariza and Annabel Kidd (violins), Raphael Chinn (viola) and Futo Yamane (‘cello), and is making an impact for the dedication and passion in its playing – very much in evidence here. Having enjoyed the tutelage of the Brodsky Quartet, Robert Irvine and Sophie Renshaw, among others, the group has begun winning chamber music awards, including last year’s Mabel Glover String Quartet Competition. The varied dynamics, of which a good quartet is capable, are exploited fully, with delicate andante passages handled sensitively, while the allegro passages are attacked heartily, and all points in between.

The pieces are selected to reflect the theme of musical prodigies: the proceedings begin with Mozart’s String Quartet in C Major, known as the ‘Dissonance’ thanks to the unusual, tense harmonies of the opening movement – so unusual that the piece was at the time questioned by Mozart’s publishers. But the man’s characteristic gift for sunny melody is soon to the fore, and the piece culminates in a truly elevated, driving finale.

Philip Glass’ short, four-movement Company was written to accompany a monologue based on Samuel Beckett’s poem of that name. Making its debut in 1983, the piece is a carefully-judged and elegiac balance between Glass’ trademark cross-rhythmic patterns, and a more expressive, lyrical and melodic quality, reflecting the introspection of Beckett’s text.

Felix Mendelssohn’s String Quartet in A Minor is the score for a lovelorn poem he wrote at the age of eighteen, by which time he had already accomplished his overture Midsummer Night’s Dream. Something of a contrast to his earlier masterpieces, the Quartet has in parts a hymn-like quality, which gives way to more turbulent sections that make use of unusual dissonances – how like adolescent romance!

If Resol’s performance is anything to go by, the final concert in the series, which centres on Mendelssohn, on Tuesday 23rd March, will be very much worth signing-up for: what the Brunton and its partners, and Resol String Quartet here, are doing, is marvellous, for chamber music and for us, while lockdown continues to quash live performance. 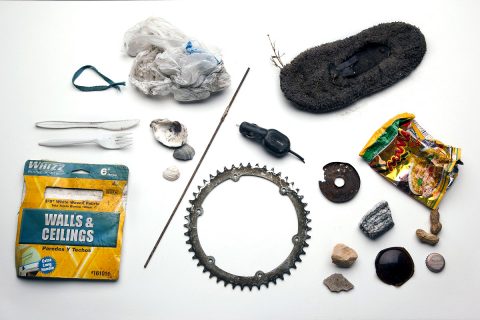 ‘A Future Characterised by Loss’ at Talbot Rice Gallery Edinburgh 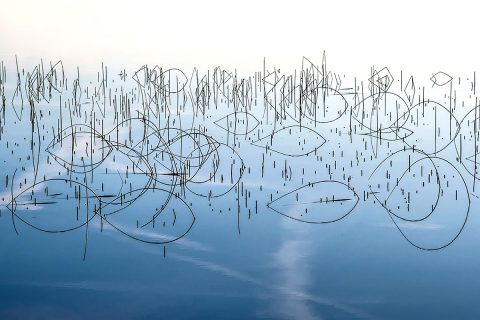 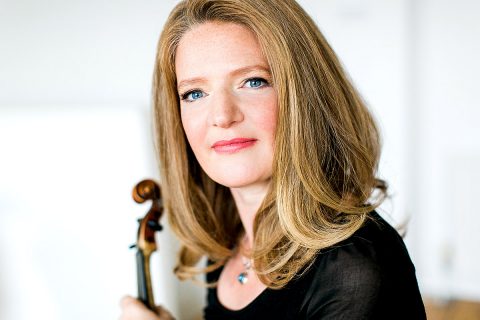 From Yorkshire to East Lothian with The Brunton 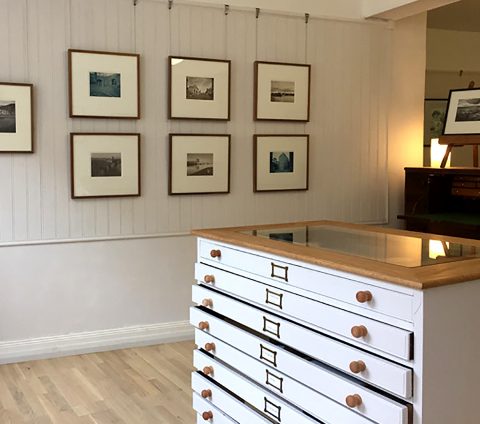