When Joan Eardley died aged just 42 in 1963, it was said that not only the Scottish but the European art world had lost ‘a painter of exceptional grandeur and humanity’. To mark the centenary of her birth on 18th May, 1921, galleries nationwide are commemorating her life and work over the summer. The Fine Art Society presents a charming and evocative selection of photographs by Oscar Marzaroli, complemented with a few of Eardley’s own sketches and paintings.

Joan graduated from Glasgow School of Art in 1943, and was awarded the Sir James Guthrie prize for portraiture. After wartime service, further studies and RSA Carnegie and GSA Travelling scholarships which took her off on a tour of France and Italy. Fascinated by rural peasant life, she sketched old women sewing, feeding hens, fishermen on a riverbank and farmyard oxen.

This experience of capturing daily local life became the backbone of her distinctive painterly style and genre. Back home in Glasgow, she rented a studio on Cochrane Street, and to find her subjects to paint, as she described, ‘I wandered east, to where the people are something real’,  sketching children playing hopscotch, eating jammy pieces and reading comics.

In 1952, she moved to a top floor studio above a scrap metal store on St. James Street, Townhead. The local kids, poor waifs in hand-me-down clothes, were thrilled to pose as models, in particular, the large family of Samson children, who she painted over seven years. ‘They are full of what’s gone on today – who has broken into what shop and who has flung a pie in whose face. They just let out their energy… they are Glasgow – this richness, a living thing I’ll always want to paint.’ – Joan Eardley

Oscar Marzaroli, born in Liguria, Italy in 1933, emigrated to Glasgow as a young boy and like Joan, attended Glasgow School of Art. He is renowned for his photographs documenting working class communities, shipyards and steelworks, street life and children playing in the street. Eardley was a major influence on his work, both sharing a passion to illustrate the grim reality of post-war urban life. He said: ‘Her work has an immediate quality, a realism, and a kind of urgency. Here in her paintings were the children of the tenements as I recall them from my own childhood in Garnethill.’

As close friends, Marzaroli was invited to take photographs of Joan at work in her studio. Here are a dozen or so original vintage prints from 1962 – intimate, close up portraits of the artist amidst the scatter of sketches of the street kids, her paint-spattered smock, thoughtful profile shots, and facing the camera lens with a warm smile. A most important photograph shows the Samson children, aged from around twelve to a babe in arms, with their scruffy clothes, tangled hair, squint eyes and cheeky grin.

Side by side with these photos are a few of Eardley’s iconic colourful, ‘caricature’ pastel drawings, such as Two Glasgow Children, 1959 – brothers perhaps, with a shy expression, holding hands in unity. A serious portrait here too of Andrew, 1955 – a rosy cheeked, skinny boy, in a small, tight jersey, his hands stuffed in the pockets of his oversized shorts. This was Joan’s artistic trademark: unsentimental, sympathetic illustrations of the children’s high spirits, resilience and innocence, against the realistic backdrop of graffiti scribbled and soot blackened walls of the Townhead tenements. As observed by Eardley in paint and Marzaroli on film, their mutual work was a social documentary of the ordinary, everyday experience to reveal the character, heart and humanity of the city.

A most poignant photograph of Joan by Marzaroli is taken at Catterline, the cliff top village on the Kincardineshire coast, where she painted her masterpieces of summer corn fields and wild, stormy seascapes. Joan is sitting with her dear friend, Angus Neil, who she met in 1947 during a summer Art course at Hospitalfield, near Arbroath. Relaxing in the sunshine, this is taken just a few months before her premature death in August 1963 – a final glimpse of a truly exceptional artist in her prime.

You can find an official website listing a series of exhibitions and events for Joan Eardley’s centenary year.

Dürer’s Journeys: a Short Haul of a Long Legacy

Jyll Bradley’s Pardes is a First for Fruitmarket Warehouse 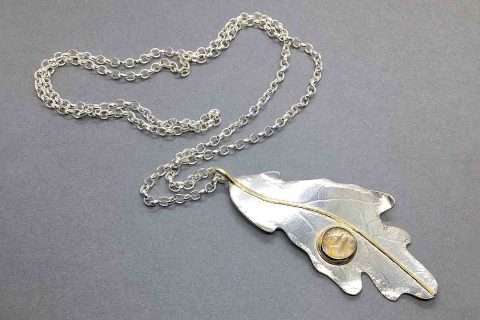 Read More »
PrevPreviousLynette Yiadom-Boakye: Characterised by Contrast
NextAlice: The Icon Adapted and Appropriated for All TimeNext