Wednesday 24th April saw the Press View of the new premises of Edinburgh Printmakers. Costing £11m, and seven years in planning, the new centre is a major step forward for the organisation, now in its 53rd year, and rightly described as a world-class centre for printmaking and the creative industries. Its new home is the former North British Rubber Company’s Castle Mills factory in Fountainbridge, which will open to the public on Saturday 27th April. ArtMag was invited to a small gathering of press and joined a tour of the 150-year-old building to view the results of its major transformation.

The birthplace of the Wellington boot in 1916, the factory produced myriad rubber goods until the late 1960’s when it closed after a disastrous fire; it latterly housed Scottish & Newcastle’s brewery storage facility and offices, but when the vast brewery closed, the building underwent a complete transformation with National Lottery Heritage funding, supported by City of Edinburgh Council, Historic Environment Scotland and Creative Scotland. Page\ Park architects planned a comprehensive re-purposing of the space to include printing workshops, exhibition spaces, a shop, café, learning spaces, meeting rooms and studio spaces, looking out onto a paved courtyard and garden.

Highlights of the new facility include a series of specially-commissioned new artworks. Part-periscope and part-kaleidoscope, EPscope, designed and constructed by Calum Colvin, Page \ Park’s Suzy O’Leary and Peter Smith, sits adjacent to the airy new café facility, presenting shifting views mixing coloured shapes, the light and view of the upper level workshops, and catalogue images of rubber products. Colvin and O’Leary, who I chatted to after the tour, shared a desire to fashion a piece that articulated the history of the building in a unique, novel way, reflecting the functionality of engineering and optics, with the colours suggesting ever-shifting creative possibilities – Colvin cited Edinburgh’s optical and photographic pioneer David Brewster, who invented the kaleidoscope, as a major inspiration.

Mark Doyle’s Catalogue Wall is a large 45-panel exterior wall-artwork of clean-lined concrete relief casts representing the extraordinary variety of rubber products, from golfballs to tyres and footwear, together with the impressions they make, echoing the building’s new function of transferring impressions on surfaces. Doyle was on-hand to chat too and there was a lot of curious interest in the ambition underpinning the work as well as the process of making it.

The 3-part Entrance Gates, by Rachel Duckhouse, is formed of a repeated motif in galvanised steel of cylindrical rolling shapes, evoking both past and new mechanics of the building. Altogether three works that apart from making their own very different artistic comments, contribute enormous additional value – and beauty – to the new enterprise.

Two major temporary pieces are on display: Callum Innes’ Prints 2005-2019 (until 8th June) is a series of twenty wall-mounted lithographs and photopolymers in the new balcony-style Gallery 2 space on floor 1: characteristically orthogonal, careful and delicate in colour and form, they are the results of his near-fifteen-year collaboration with master printers including Edinburgh Printmakers’ Alastair Clark and Alphonse Bytautas, showing beautiful, detailed and subtle variations of coverage as ink rectangles cover paper and distance, interacting with other-coloured inks. Speaking with him briefly at the Press View, he was pleased for the collaborative work to be part of the facility’s launch, and enthused about the future development of this creative facility.

In contrast to Innes’ calming statements, Thomas Kilpper’s ambitious and busy installation The Politics of Heritage vs. the Heritage of Politics (until 13th July) occupies wall, floor and ceiling of Gallery 2. German-born, now based in Bergen and Berlin, Kilpper has carved up the entire floor, creating giant rubber printing blocks depicting all manner of personalities political and cultural, local and international, from times past and modern, from the rubber factory workers to 21st-Century celebrities, in a noisy and crowded assembly.

Among the parodying textual maxims (eg. ‘Printmaking is a total hoax invented by the Chinese’ – reference to Donald Trump’s opinion of global warming), there are abundant witty and apposite touches, such as a full-frontal Sean Connery (who as a young local posed for life-drawing at Edinburgh College of Art), Kate Moss sporting Hunter Wellingtons, which originated right here, and an awkwardly-dancing Theresa May, now having earned the epithet LINO (Leader In Name Only). It showcases the impact of Kilpper’s highly-concentrated approach – particular not only to the building and its history but also the local community, at this point in time – art getting people engaged and talking.

Alongside the rich local and historical narratives, as a discourse on the dark side of British history, it’s uncompromising – among its most chillingly-resonant elements a British soldier holding severed heads from 1950’s Malayan uprising, the bloody quelling of which resulted in resettling 500,000 Malayans to make way for rubber plantations.

A wing of the building houses the welcome additional facility of studio space, which adds enormous value to the building as a creative hub – this is set to be a very busy productive hive, resurrecting its former industrial vigour.

Overall, this can only be a happy and enriching step forward for Edinburgh’s creative community, a fitting culmination of some very concentrated work by many parties over a lengthy period and something the Scottish public arts sector can say it does well, even down to the comprehensive and attractive information-pack I received. In talking to Chief Executive Shân Edwards, and Programme Director Sarah-Manning Shaw, both of whom made me very welcome, I noticed that in describing the considerable scale of the challenge, there was no mention of adversity or arduousness – so, at this special time for Edinburgh Printmakers, meeting the challenge seems to have translated into a considerable measure of pride. 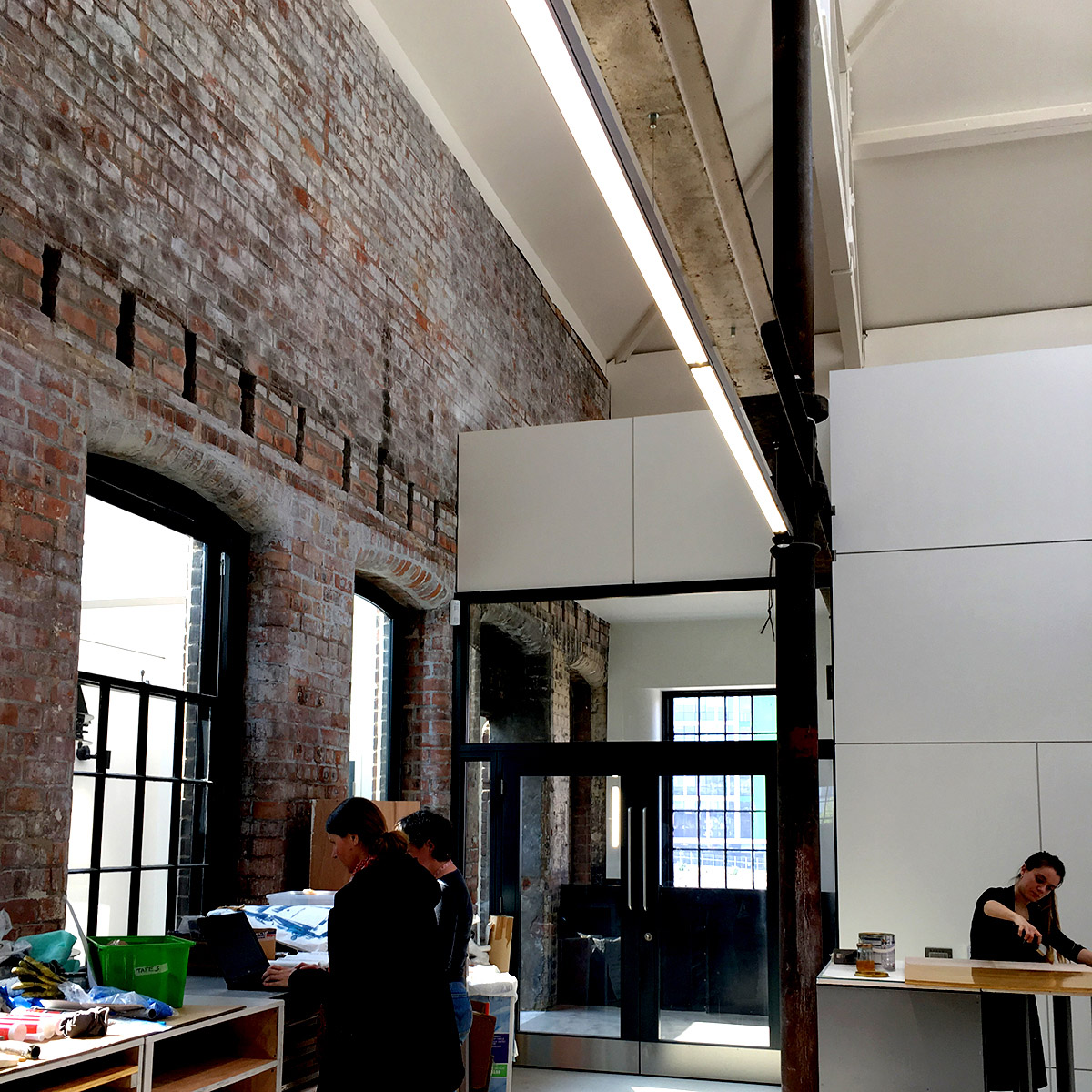