Not unlike Cologne some 40-odd kilometres up the Rhine, the glamour days of the Düsseldorf art scene were in the 1970s and ’80s. Like its near neighbour, Düsseldorf lost many artists and galleries to the ‘brain drain’ which sucked them east after 1989 to the reanointed capital, Berlin, drawn by cheap rents and new possibilities.

Sometime in the late 2000s, however, breezes of change began to blow, as new curators flexed their muscles and the venerable Art Academy (where Paul Klee and later Joseph Beuys and Gerhard Richter trained and taught) evolved beyond its painting tradition to embrace photography and video art. 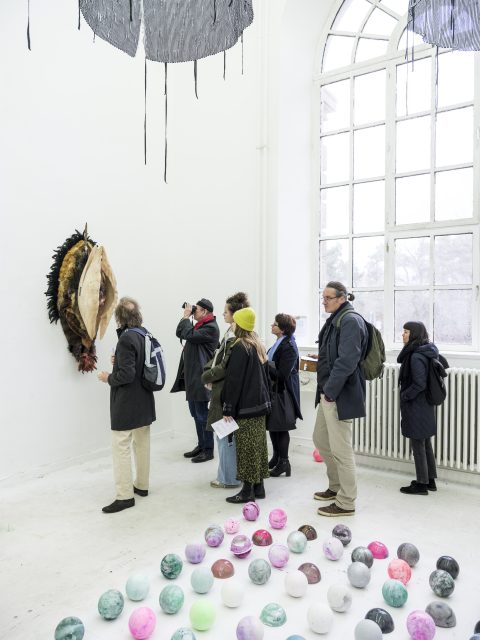 With 20 or so municipal museums and around a hundred independent galleries, there is a now sense that something is going on, if not what exactly. Flingern, a former workers’ quarter, is becoming a hotbed of galleries in former industrial buildings and a spectacularly rehabilitated old port is now home to media companies. As Thomas Rieger, associate director at the Konrad Fischer Galerie, puts it: “Something is cooking, but what precisely will be on the menu is hard to tell. But that is what makes it so exciting. It could be anything.”

Part of the Ehrenhof cultural centre, an ensemble of 1920s buildings set around a plaza and ornamental fountain, Museum Kunstpalast (Art Palace) is Düsseldorf’s municipal art museum. Modelled on the Petit Palais in Paris (with a longer facade at 132 metres), it is the city’s oldest exhibition building. More than 100,000 works, including paintings, sculptures, drawings, graphic art, photographs, applied arts objects and glass (the Hentrich Glass Museum has one of the world’s biggest collections), span the 11th to 17th centuries.

The permanent collection is accompanied by a series special exhibitions showcasing some of the top names in art. Over the years these have included Miro, Dali, Warhol, Caravaggio, El Greco and Cranach.

The Kunstpalast’s big news is that for the first time in Düsseldorf it is possible to tell the story of photography since its beginnings thanks to the 2018 acquisition of the renowned Kicken Collection of over 3,000 photographs dating from the mid-19th century onwards and including works by greats such as Man Ray, Nan Goldin, August Sander, Robert Capa, Helmut Newton and many others. In a newly dedicated space the exhibition In an Instant: Shedding Light on the History of Photography (Feb 19-May 17, 2020) tells virtually the entire history of the medium since its pioneering days.

Also part of the Ehrenhof complex, the NRW-Forum (the letters stand for the state of Nordrhein-Westfalen, of which Düsseldorf is the capital) features photography, architecture, fashion, design and digital culture with an emphasis on social issues. Something of an ‘ideas factory’, its inter-disciplinary programme also includes symposia, workshops and film screenings. 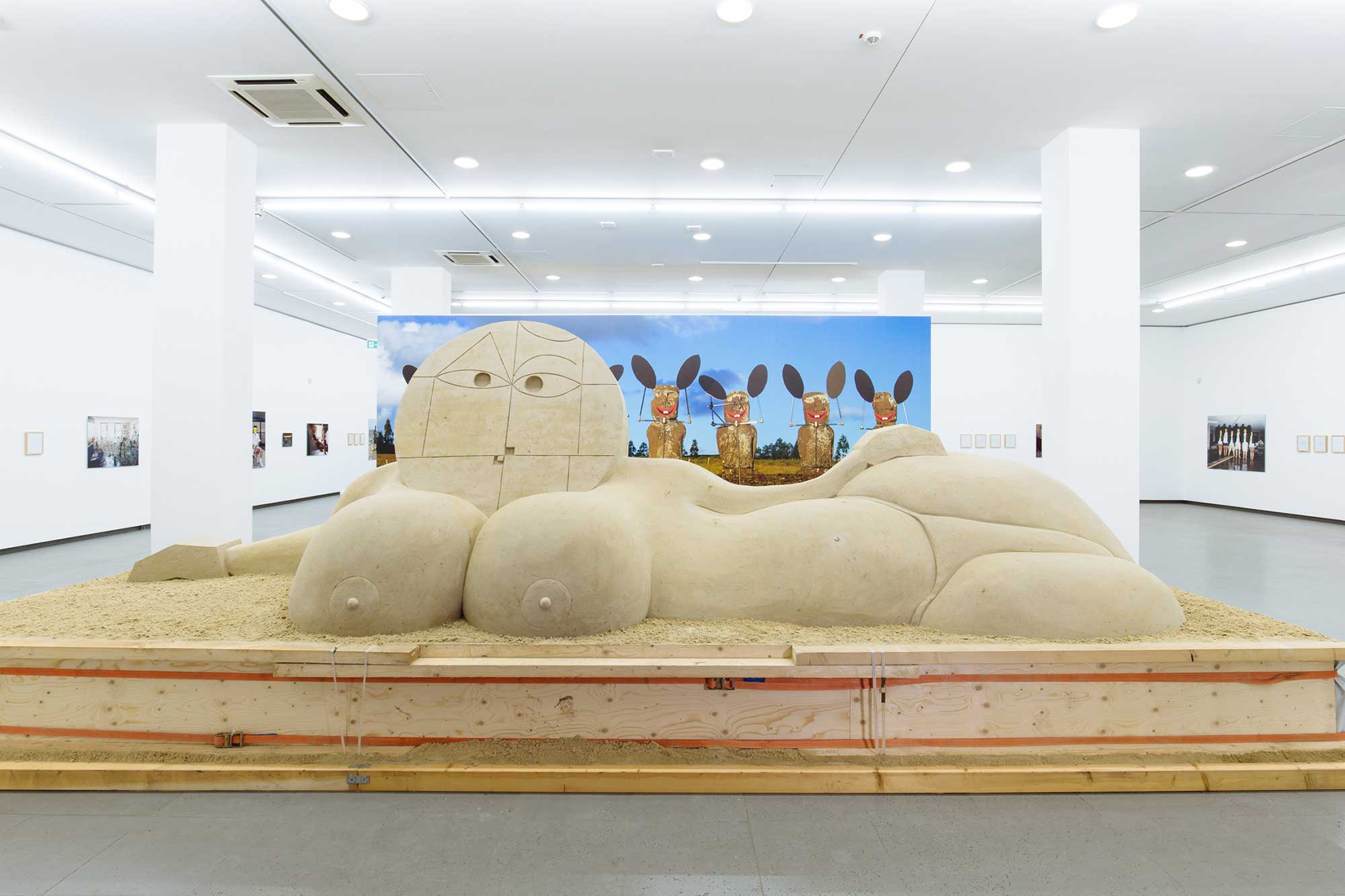 Installation view of a sand art exhibition at the NRW-Forum, Photo: B. Babic

The Kunsthalle (Art Hall) has no collection of its own, but instead presents changing exhibitions of modern and contemporary art by both new talents and established names. The programme is largely experimental and exploratory in nature, tracking both international movements and local trends. A number of international artists entered the European art market through the Kunsthalle.

Dating from 1967, the building is an immense concrete block of raw, brutalist architecture sometimes referred to as the ‘Kunstbunker’. An early 2000s makeover covered the interior with a smooth, gleaming sheath, with an open foyer area stretching Cubist-style up to the second floor, as was foreseen in the original concept. The building is also home to the Düsseldorf Kunstverein (Art Association) with its own exhibition programme of contemporary art 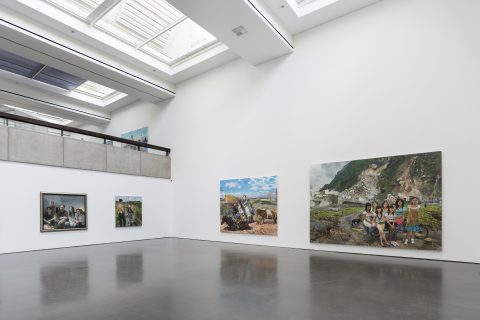 The art collection (‘Kunstsammlung’) of 20th century art belonging to the state of Nordrhein-Westfalen is the only regional collection in Germany specialising in modern art. Displayed in two very different but equally impressive buildings, it has been referred to as a ‘secret National Gallery’.

Clad in an undulating, black granite facade across the Grabbeplatz from the Kunsthalle, K20 presents modernism and post-war American art. The downstairs spaces host special exhibitions, while selections from the permanent collection are shown upsairs. The larger galleries boast soaring ceilings free of supporting pillars.

Initiated by the purchase of over 80 drawings and paintings by Paul Klee (the collection now has over 200 works by him), the permanent collection includes many artists who represent the 20th century avant-garde movements such as German Expressionism, Cubism, Surrealism, Abtract Expressionism, Pop Art and Minimalism. 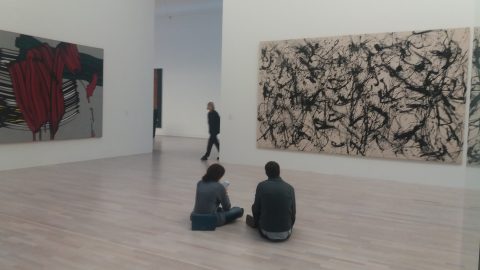 A free shuttle bus takes visitors to K20’s sister gallery, K21, a magnificent 19th century building overlooking the Kaiserteich (Imperial Pond) which formerly served as the state Parliament. Rebuilt after WWII, the exterior of the Renaissance Revival palazzo belies the spectacularly modernised interior. While the outer facade and historic staircase have been preserved, nearly all the original features were removed. Surrounding the building’s central public piazza are four wings linked by continuous arcade passageways past rooms dedicated to individual artists. 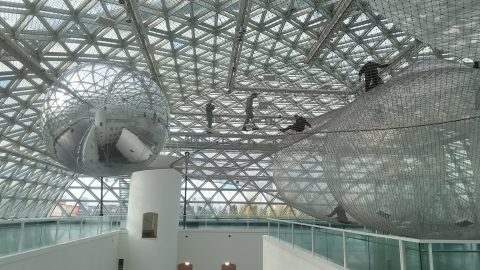 Visitors clamber on Tomas Saraceno’s ‘In orbit’, a walkable steel net installation 25 metres above the museum floor at K21.

A striking glass dome roof mimics the silhouette of the original building and floods the building with natural light. Stretched under it is Tomas Saraceno’s ‘In orbit’, a walkable steel net installation 25 metres above the museum floor on which visitors can clamber, ‘sensing’ each other’s presence by vibrations as in a spider’s web 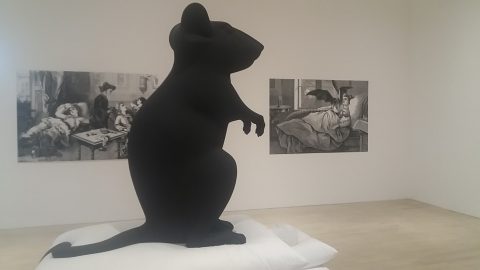 When industrialist Laurenz Heinrich Hetjens died in 1906, he bequeathed his extensive ceramic collection to the city of Düsseldorf. Comprising over 20,000 pieces, the Hetjens Museum collection tells the world history of ceramics, earthenware and stoneware from antiquity to the present day. All the major eras, movements and styles are represented, from ancient Egypt, Greece and the Roman empire to Africa, East Asia, pre-Columbian Central and South America, Islam (including the largest object, a magnificent cupola which once crowned the reception hall of a holy cemetery in Pakistan) and Europe, represented by stellar names like Wedgwood, Delft and Meissen. Items range from utilitarian objects to unique pieces of accomplished craftsmanship with extravagant decorations. Changing thematic exhibitions complement the permanent collection.

This magnificent cupola once crowned the reception hall of a holy cemetery in Pakistan (Hetjens Museum) © Düsseldorf Tourismus GmbH, Photo: U. Otte

You will need to go underground to visit Düsseldorf’s most unusual art gallery. Located directly beneath the Rhine Promenade, Kunst im Tunnel is entered through a glass pavilion which houses the KIT Cafe, a popular spot with its river-facing terrace. A flight of stairs and a lift lead down to the subterranean exhibition space, which follows an elliptical arc for some 140 metres. The works, by emerging contemporary artists, are displayed on the bare concrete walls. Up to six exhibitions are staged each year covering sculpture, painting, photography, video art and installation.

In a former glass factory in the Flingern district, the Philara Collection shows established international artists alongside recent Art Academy graduates. The majority of the rooms are dedicated to an annually rotating selection called On Display, while one area is reserved for three to four temporary exhibitions a year. Opened in 2016, it has 1700 square metres of exhibition space augmented by a 500 square metre sculpture terrace on the roof.

In a former warehouse in the ‘Medienhafen’ (Media Harbour) district at Kaistrasse 10, KAI 10, presents themed group shows by young, international artists. Each exhibition is intended to have a connecting narrative with the aim of creating a dialogue between various artistic approaches. 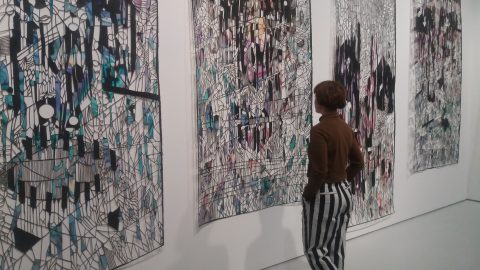 In the Oberkassel area on the opposite side of the Rhine from the city centre, the Julia Stoschek Collection has one of the world’s largest collections of media-based art, with over 850 works by some 250 artists. In a genre sometimes referred to for its ephemeral nature as “like collecting snowballs”, the collection comprises largely moving image experiments from the 1960s onwards.

There is also a spirit of renewal in Düsseldorf’s built environment, with a number of “starchitects” leaving their mark on the cityscape. These include Frank Gehry’s three “dancing buildings”, David Chipperfield’s Kaistrasse Studios and Daniel Libeskind’s apartment and retail complex Kö-Bogen, or King’s Bow, an award-winner in urban renewal.

Even the public transport network has benefited from an artistic touch. Opened in 2016, the Wehrhahn Line has six stations designed by artists in collaboration with engineers. Each station has a distinctive character, with no advertising allowed to spoil the effect, and the ‘snakeskin’ walls suggest how the subway ‘slithers’ under the city. 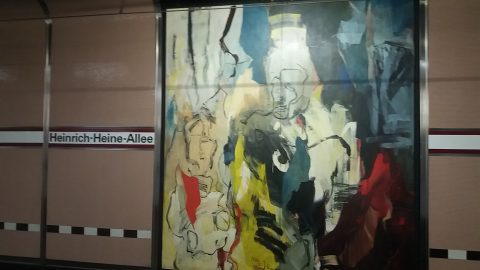 An artistic touch in the Wehrhahn subway line

DC Open is a joint Düsseldorf and Cologne gallery weekend at the beginning of September, while in November, Art Düsseldorf showcases around a hundred regional and international galleries specialising in modern and contemporary art from 1945 to the present. 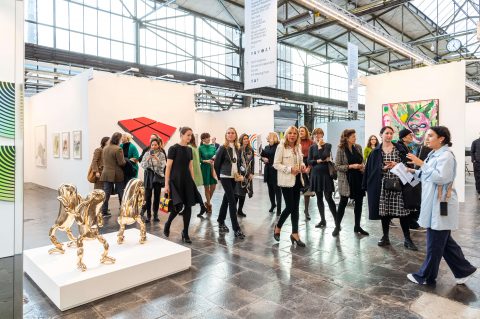 As you move around Düsseldorf you are sure to spot some of local sculptor Christoph Pöggeler’s life-size ‘Pillar Saints’ standing atop advertising pillars. Made of polyester and acrylic paint and so realistic you expect them to glance down, the ten figures represent everyday Düsseldorfers – a kissing couple, a man taking photographs, a woman holding a child, a businessman, a bride – inspired by the column saints of antiquity. 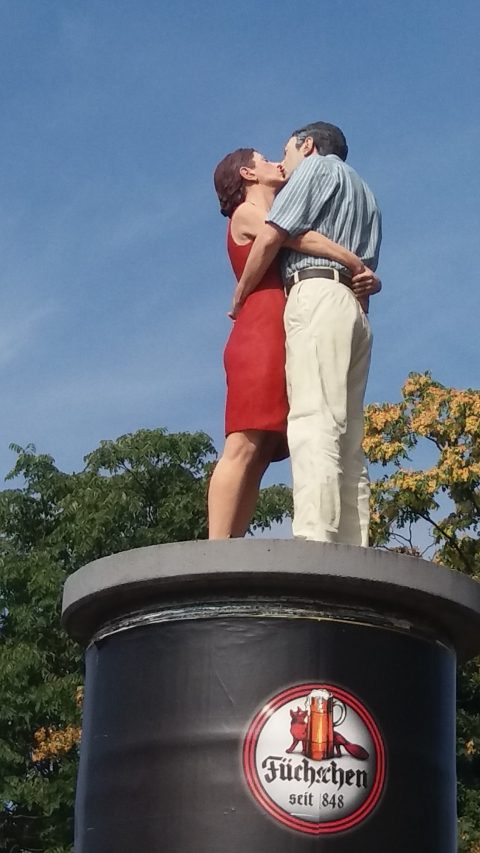 This kissing couple is one of ten pillar-top sculptures by Christoph Pöggeler.

Part of the 25Hours Hotel group, the 198-room Das Tour (The Tower) is where ‘German engineering meets French art.’ Part of a new urban development on the north side of the city, the hotel takes its theme from the area, known as Le Quartier Central or “little Paris.” (Apparently, Napoleon slept there during one of his conquests.)

The tricolour-designed floor in the foyer stretches past green, Paris-like park benches and a French-style florist popular with locals over to a staircase cradled in the lower arches of a replica Eiffel Tower. The Gallic touches continue in l’Atelier conference room, which is set up like an artist’s studio complete with paintings and easels.

By night the 18th floor breakfast room is transformed into The Paris Club for dinner with French flair, while on the 17th floor you can sip a cocktail at the 21-metre bar, the longest in Düsseldorf. South-facing bedrooms have bathtubs on the balconies, where you can soak while enjoying a panoramic view of the city. Ooh la la! A nice touch: The reception staff greet guests from four work stations which mimic the stage set-up of Düsseldorf’s own, synth pop pioneers Kraftwerk. 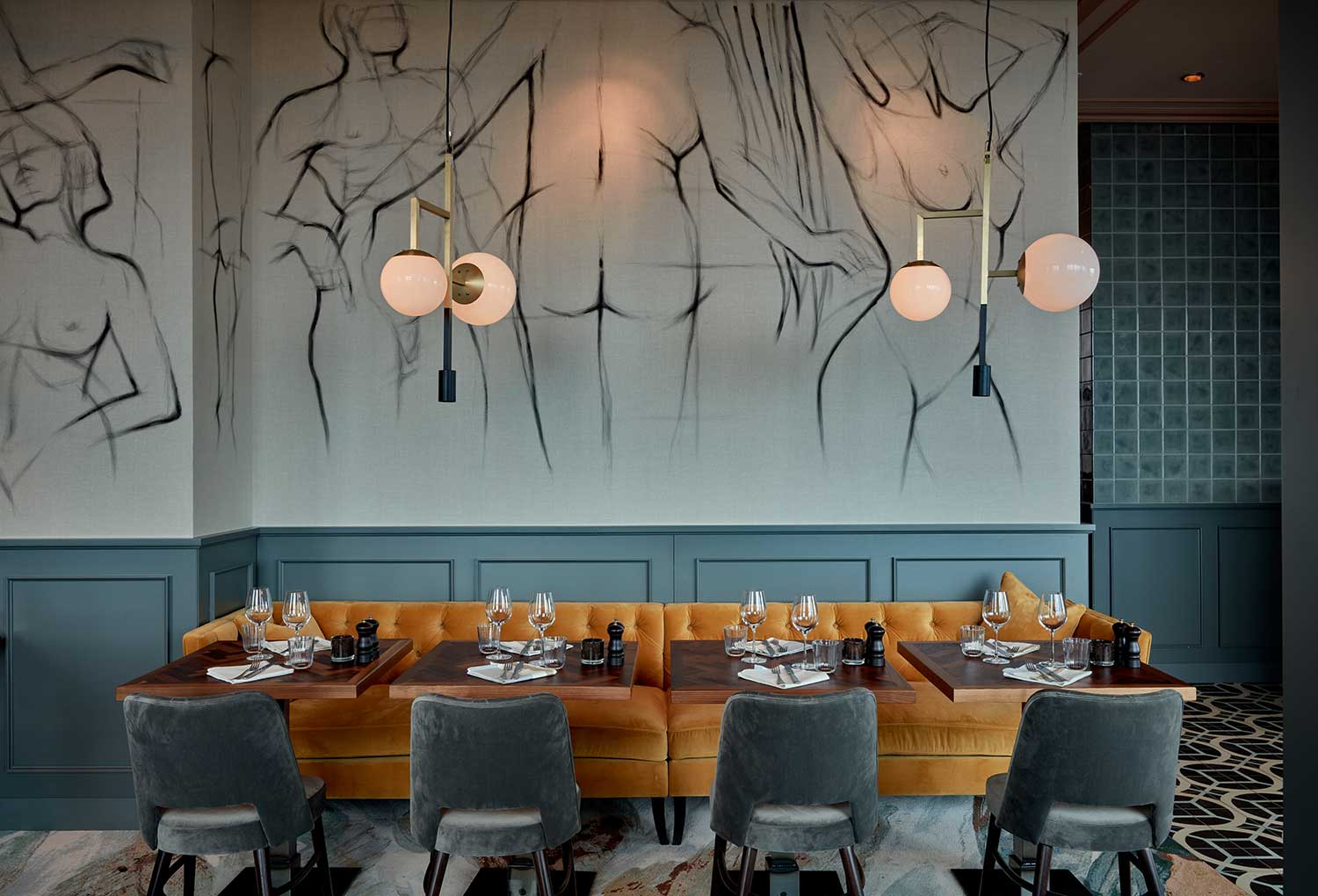 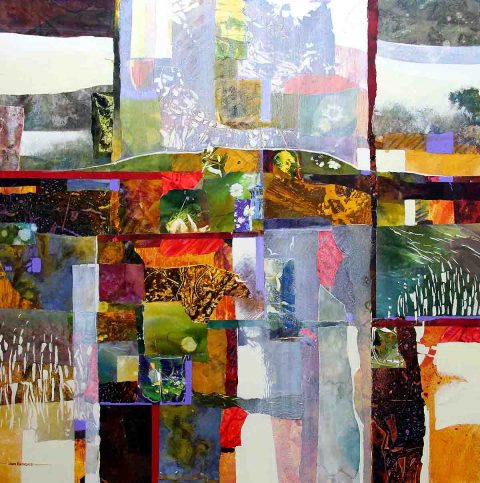 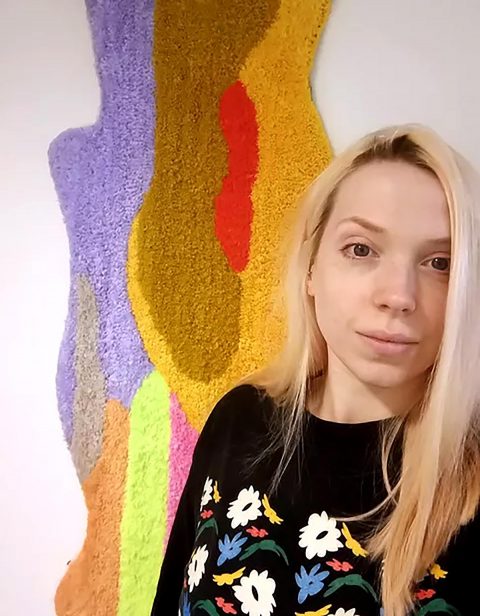 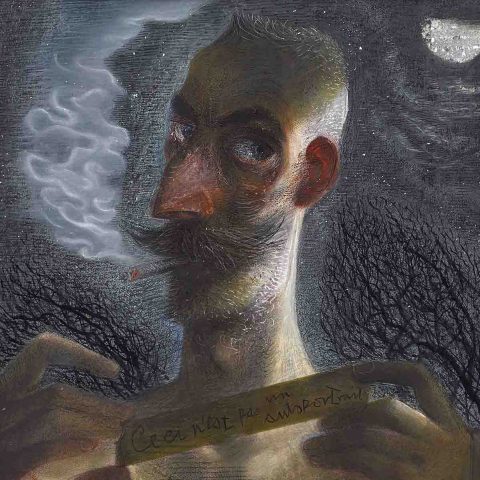 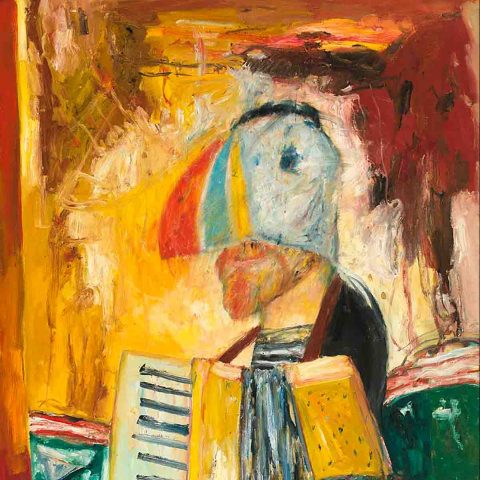