For 21 years, the Globe Gallery has been at the forefront of helping Newcastle earn its reputation for one of the most dynamic and engaging art scenes in the UK. Now firmly established in its new premises on Pilgrim Street, opposite the ever-popular Tyneside Cinema, Globe is continuing to bring the best of national and international contemporary art to the widest possible audience.

However, when it comes to international visitors, they don’t come much bigger (in every sense of the word) than Muhammad Ali, who arrived in the North East on a surprise visit in July 1977. He was invited by Johnny Walker, a painter and decorator from South Shields, to help raise funds for his local boxing club, in an event that turned into a four-day tour of the North East. Ali sparred with local amateur and ex-professional fighters, had his wedding blessed at the Al Azhar Mosque (the first purpose-built mosque in Britain) and even ate a stottie. 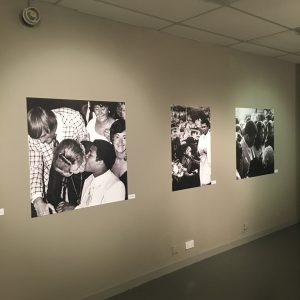 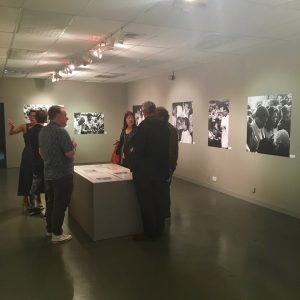 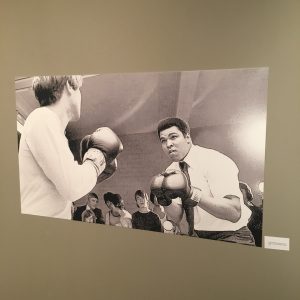 The historic visit from ‘The Greatest’ is captured in photographs from The Chronicle and The Journal’s archives. A close up shot of Ali with his wife and young daughter has a feeling of calm serenity next to the electric atmosphere of Ali yelling out to crowds from an open top bus (still adorned with a picture of the Queen following her Silver Jubilee visit earlier in the year). These images hang alongside photographs by Bill Peronneau, who was given the rare opportunity to photograph Muhammad Ali at his training camp at Deer Lake, rural Pennsylvania, ahead of his infamous ‘Rumble in the Jungle’ fight against the undefeated George Foreman.

The exhibition is part of the Globe Gallery’s fundraising effort to support their programme of exhibitions and events. A limited edition book of Peronneau’s photographs, published by Locus+ is available priced at £80. ‘The King of South Shields’, a film by Tina Gharavi documenting the men who met Ali during his visit and the lasting effect he had on their lives, is also showing as part of the exhibition, and is available to purchase for £10. 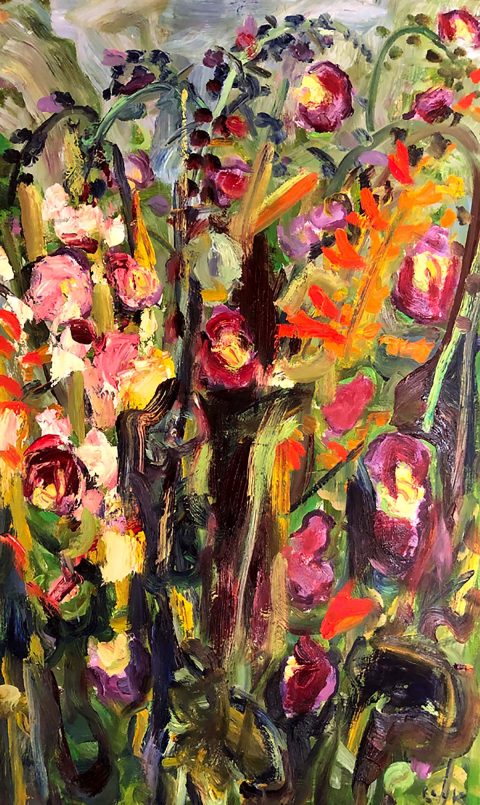 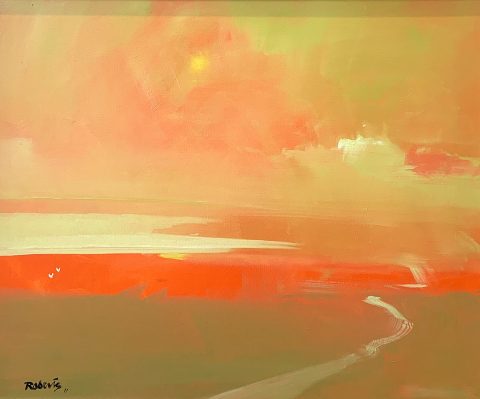